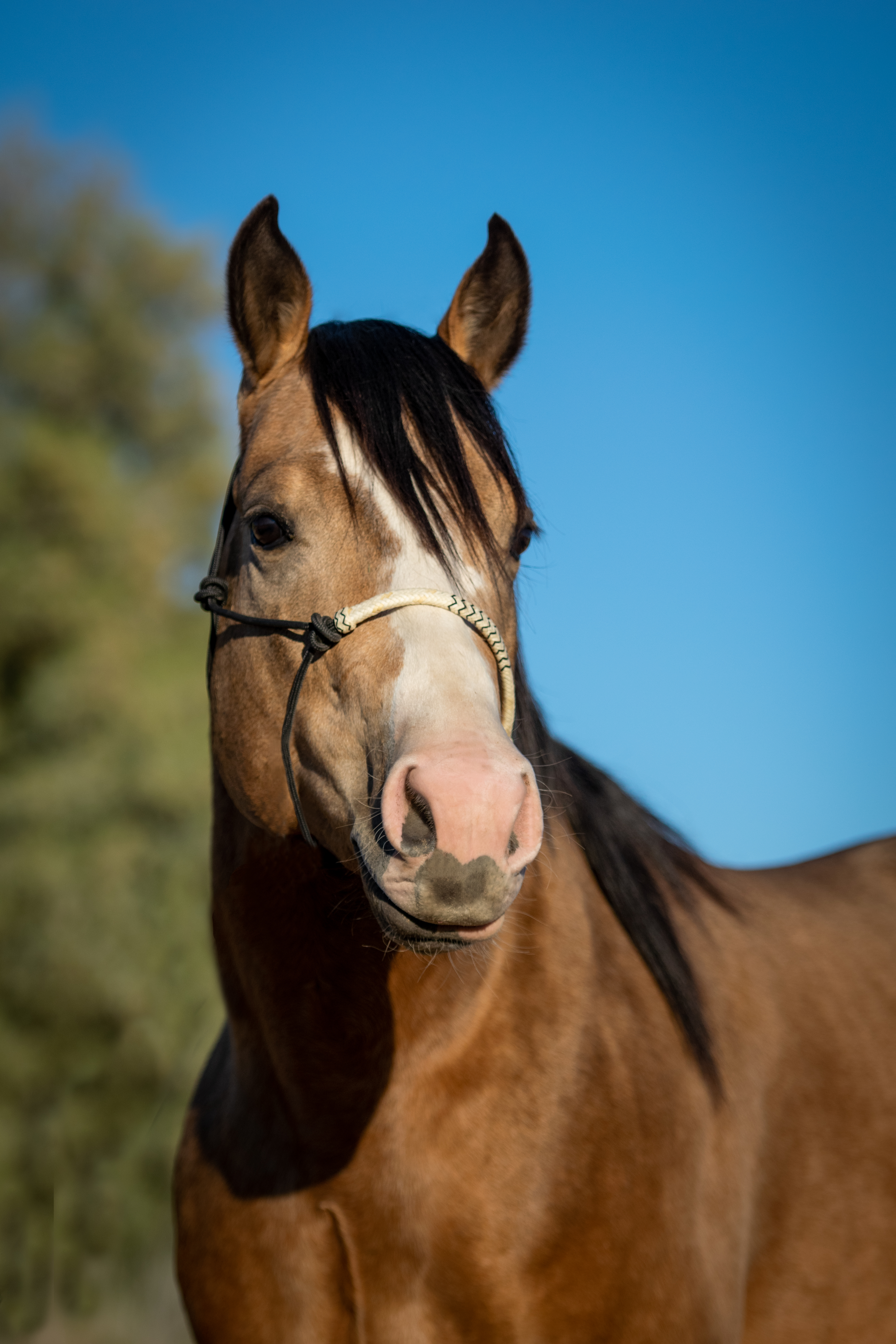 In a new generation of raising horses, combining ranching backgrounds with new principles and values is what makes a program thrive. At least, it seems to be working for the team behind the 2017 buckskin stallion, Aint Seen Iceman Yet.

Miles and Alicia Werner have ties to family ranches in the cold country. Alicia was born and raised in Oelrichs, South Dakota, where her father was a working ranch hand for the majority of her life. Her family settled on her grandparents’ ranch. Miles comes from two large multi-generational ranching families native to Central Wyoming, spending several years of his life as a working cowboy like his father and those before him.

It is their combined love of horses that led them to where they are today. Miles and Alicia now reside in Hico, Texas, having relocated their family and breeding operation from their previous northern roots in Wyoming. When asked what their plan is for their upcoming junior sire, Ice, it’s really quite simple.

Like many love stories, the Werners were not looking for Ice when they found him. Alicia was already a fan of Ice’s sire, Aint Seen Nothin Yet; the Frenchmans Guy son, out of a daughter of Dash Ta Fame, is proving to be a prolific sire himself. Alicia was eager to add this buckskin son of his to their program.

Ice is out of the mare Buckett Bear, by the great Orphan Bear; the perfect cross of modern-day barrel racing bloodlines on the sensibility and strength of the old school Orphan Bear breeding.

“Ice is 80% foundation bred. I want more people to know

about his bottom side,” Alicia explained, “it’s old school and up north breeding, Buckett Bear was a true go-to ranch horse herself, they just have work ethics you can’t beat. And Orphan Bear himself has AQHA points in working cow horse and barrels.”

Going to meet Ice in person for the first time sealed the deal for Miles and Alicia; his kind disposition and superb conformation were enough to make them fall in love with him.

“You would never know he was a stud, he is so quiet. He carries himself with such grace,” Alicia said of the stallion, “he’s just the coolest character.”

Ice is the start of what the Werners hope will be a program that brings soundness and sensibility back into today’s working horses and barrel horses. While barrel racing is a huge part of what Ice does as an athlete, at the Werner’s operation, you have to work and earn your keep. Ice is the kind of stallion that can go to the barrel jackpot one day, and turn around and rope calves to be doctored the next.

“We don’t have one trick ponies around here,” Alicia laughed, “you have to do everything!”

“I have seen it from a personal standpoint having horses we’ve team roped on and ranched on,” said Miles, “when you give them a job outside the arena and get their mind right, you have a better all-around horse.”

As for future performance plans for Ice, he will continue to be ridden in the barrel pen by his jockey Sheyenne Jacobson, also a Wyoming native. Alicia says the pair were connected after Werners bought a horse from the Jacobson family. Sheyenne was looking to relocate to Stephenville, TX to continue training futurity colts, and Alicia knew it would be a good match.

What is incredible to note, is Ice didn’t start really working the barrels until the spring of 2022. With only 60 days on the pattern before the Werners purchased him, in 8 months, Sheyenne managed to take Ice from the practice pen to being a competitor at some of the toughest races in the country.

The Werner Family has a vision and a plan for Aint Seen Iceman Yet and their breeding program. For Ice, the future looks like derby barrel races, with more focus on cowhorse work than before. As for the breeding program, a key focus on making better performance horses is the goal. the Werners really hope to see the industry evolve and grow better as a whole.

“The biggest thing for us, is to make versatile horses that can go any direction, the kind you can rope on and take to the barrel pen, or go to the show pen and cut on,” said Miles. “There are so many people that just produce horses without any thought behind it. For us it’s not about the numbers, it’s about the quality.”

The Werner family considers themselves part of the small breeders club; the normal everyday people with goals and visions for their breeding program. They have hopes and aspirations that they can make the industry better and affect positive change in the horses they raise. They aren’t functioning on hundreds of thousands of dollars in advertising and incentives, but they do stand behind the principle of operating with integrity and raising good quality horses.

“We are the little guys,” said Alicia, “we do this for the love of the horse, not for the money. And I think that a lot of other people would say they’re doing the same thing.”

“We will always focus on producing good horses that everyone can enjoy,” Miles added, “at the end of the day, that’s always the goal.” 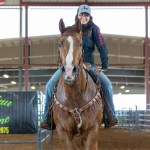 Sarai Angelle is a Texas Native. Her friends will tell you she is a lover of red mares and weenie dogs. Born and raised in the Central Texas area, her passion for horses started at the age of 7. Throughout her childhood, early adulthood, and even now they remain a key part of her life. Having spent the majority of her equine career developing her horsemanship, she now runs a successful barrel horse training operation in McDade, Texas. When she is not riding, you will find her pursuing her second passion; writing and graphic design.