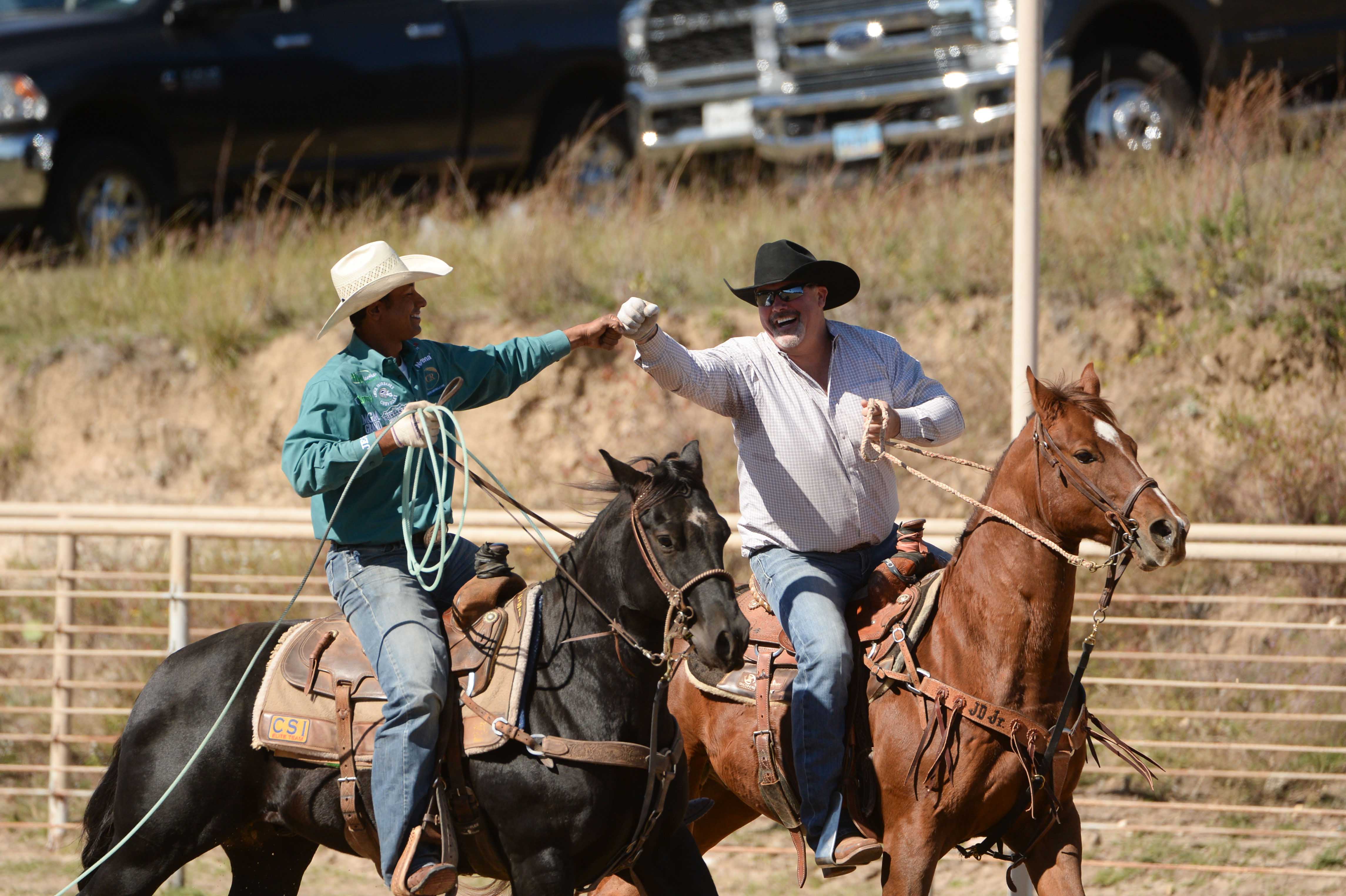 FORT WORTH, Texas – When the best of professional rodeo’s team ropers join up with military veterans and first responders in the arena, it gets emotional, exciting, and eventful – that’s the Hillwood Land & Cattle American Military Celebration (AMC) with Charly Crawford presented by Douglas Allred Company.

Crawford’s passion for the military and love of the United States inspired him to start the AMC. His father was a marine and as a cowboy and professional roper, he’s been able to pursue his dreams and goals because of the military personnel and first responders that keep the country safe and free. He turned that passion into a free roping school for his heroes in 2014. Since then, it has grown to include a roping competition exclusively for the military and first responders, a roping featuring those heroes paired with today’s top professionals and an open roping.

The American Military Celebration will start in Decatur, Texas, Nov. 2 – 4. Then the action moves to Fort Worth Nov. 5, where champions will be crowned at Cowtown Coliseum. The NFR Showdown sponsored by JP Morgan Chase will highlight the four days with tickets available to the general public. The NFR Showdown will also be broadcast live on the Cowboy Channel.

The NFR Showdown features a Mil-Pro Roping sponsored by Kinetic Vet. It is a fun event where the Professional Rodeo Cowboys Association top 15 team ropers who have qualified for the Wrangler National Finals Rodeo (NFR) are paired with military and first responders. The finals of the Military-First Responders’ Roping will follow that with the top 15 teams advancing.

With the participation of loyal sponsors Flat Tail Ranch and Driver Land & Cattle, the winning team in the Military-First Responders’ Roping is guaranteed $20,000, a trophy saddle, buckle, and other prizes to give them a true championship experience. Also, as part of the NFR Showdown, competitors will be able to test their cowboy skills in ranch rodeo events making this a true western event that showcases teamwork like is experienced in the military or as a first responder.

At the NFR, held in December in Las Vegas, contestants participate in opening ceremonies riding behind the flag from their home state, an honor that Crawford has achieved 10 times. At the NFR Open, service men and women will participate similarily riding behind their branch’s flag. Then, they will rope in an arena set up to mimic the NFR and for many of them it is as close to a world championship experience as they will ever have.

“When we started this, we couldn’t believe the camaraderie we experienced,” Crawford said. “The pro ropers were having so much fun and you could feel the energy in the arena. Moving it to Cowtown Coliseum gives us the opportunity to elevate our event and share those experiences with a bigger audience.”

“I had so much fun at the American Military Celebration,” said reigning world champion heeler Junior Nogueira. “I am from Brazil, but I still have a deep love for America and appreciate the sacrifices these people have made. Charly has put together something special and I’m proud to participate.”

The fun doesn’t end at the NFR Showdown. Billy Bob’s 81 Club will host an after part where a live auction will culminate the fundraising activities. The inaugural roping competition raised $40,000 for Building Homes for Heroes in 2020.  Last year, enough money was raised to donate $115,000.

“Our military and first responders have done so much for us and made a lot of sacrifices.” Crawford added. “If we can give them opportunities to have some fun with their comrades and put it all in an NFR-type of arena and raise money for charities that help them, why wouldn’t we?”

Tickets are on sale now at Cowtown Coliseum. For more information on the American Military Celebration, visit their www.americanmilitarycelebration.com or follow them on Facebook https://www.facebook.com/AmericanMilitaryCelebration.

In this article:2022, Charly Crawford, Junior Nogueira, Rodeo, Team Roping, Texas
Up Next: