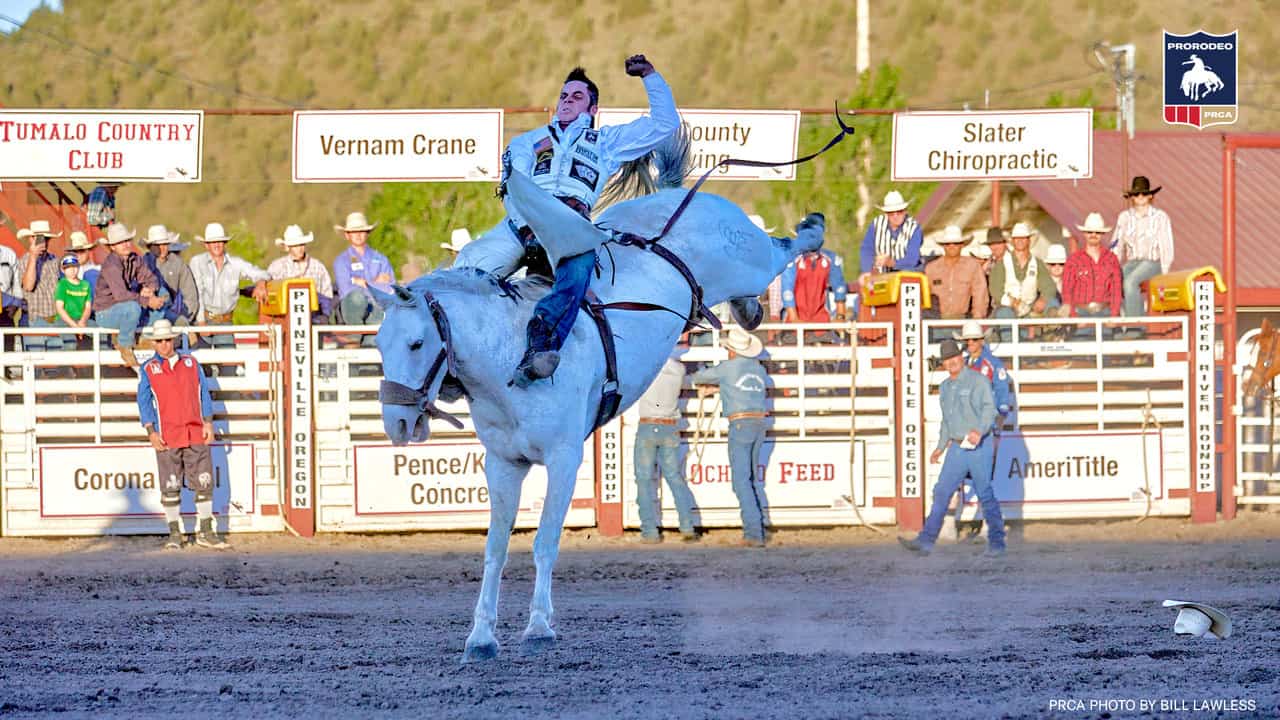 The 30-year-old captured the title at the Newport (Wash.) Rodeo on Saturday after winning the Crooked River in Prineville, Ore. on Thursday.

The week provided a reminder of why Foss has appeared four times in the Wrangler National Finals Rodeo. He aims to return with a little luck and improved health.

Foss showed toughness – he continues to navigate back and hip issues in posting his third consecutive win. After a victory last month at the Tonasket (Wash.) Comancheros Rodeo, Foss drew Four Star Rodeo’s Deep Springs at the Crooked River Roundup on Thursday in Prineville.

He rode the horse to a third-place finish in Fort Worth over the winter and parlayed that experience into a victorious 84.5-point ride to earn $2,496 at the NFR Playoff Series presented by Pendleton Whisky stop.

“He came in there that night. He was fresh. He’s a strong horse,” Foss said. “He was a good draw.”

Foss remained on a roll, turning his draw of Aces Wild Pro Rodeo’s Sweetie Pie into an 86-point score in Newport, earning $1,055 for the title.

“Once I drew that one, I knew I better go. I really didn’t expect to win it. She made a closer circle (from his previous ride on Sweetie Pie last July at the Sedro-Woolley Rodeo),” Foss said. “It was fun, fast and I kind of knew what she was doing.”

Foss reviled in the experience. He wasn’t sure he would compete last week after receiving four shots for a herniated disc in his back. But once in the chute, doubt vanished.

“Newport is one of the coolest rodeos going. They have old wooden stands, a big metal roof, and the place was packed,” Foss said. “You can feel the energy.”

Foss plans to head to the St. Paul (Ore.) Rodeo, where he won last Fourth of July. The wear and tear on his body requires patience, treatment, and timing in picking events. But he still loves it.

“Living in the Northwest, where people want to come, it’s a beautiful place, and you add rodeo, that’s what America is about: cowboys and freedom,” Foss said. “When you look up at the packed stands and know that only a few get an opportunity to ride, it’s a pretty cool feeling.”