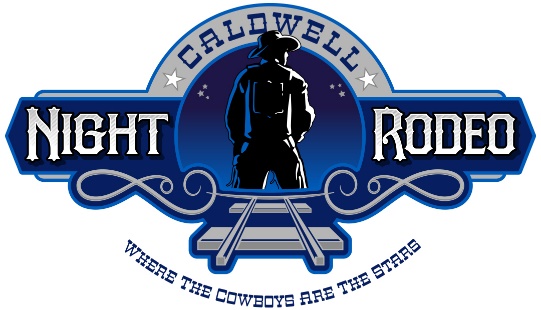 CALDWELL, ID — When the dust settled in the D & B Arena at the Caldwell Night Rodeo on Saturday night, nearly $400,000 in prize money was paid out, 10 champions were crowned and the fans started planning for next year.

The big winner at the 98th edition of the rodeo was tie-down roper Macon Murphy from Keatchie, Louisiana. Murphy finished third in the final round Saturday night but was fast enough to get the win. He started the night in first place, then stopped the clock in 8.9 seconds to give him a total of 24.8 on three runs. That was good for $10,629. And, it’s money that he is badly in need of to secure his first Wrangler National Finals Rodeo (NFR) qualification.

Murphy was just outside of the top 15 that earn a trip to Las Vegas to compete at rodeo’s championships at number 17. The money he won here should easily put him inside the top 15, but he will need to keep the momentum going through the end of September to stay there.

The saddle bronc horses from Powder River Rodeo were the stars on Saturday night, taking Canadians Zeke Thurston and Dawson Hay to record setting rides. The previous arena record here was set by Shaun Stroh at 91 points in 2010.

Hay, from Wildwood, Alberta, got on Miss Valley. Two-time world champion Thurston from Big Valley, Alberta rode Bet the Ranch. They each had scores of 92 points. Hay had a higher score starting the night so got the win based on his overall score of 177.5 points on two head. It added $6,768 to his earnings. Prior to Caldwell’s rodeo, he was 21in the world standings, so this could help him move up and qualify for his third NFR.

Stetson was the lone bull rider to be successful on Saturday night and was one point shy of the arena record at 93 points. He got on Powder River Rodeo’s Domino for the win and $8,000. His total earning were over $10,000 for the all-around prize.

The Caldwell Night Rodeo hosted breakaway roping for the second consecutive year and it was also record setting. Taylor Munsell from Alva, Okla., won the final round with a 2.2-second run, the fastest here so far. The event was won by Beau Peterson, from Council Grove, Kansas with a total time of 8.4 seconds on three head.

South Dakota team ropers Jr. Dees and Levi Lord got the win with 17.8 seconds on three runs. With Dees, from Aurora, doing the heading and Lord, from Sturgis doing the heeling, they each earned $6,140.

Margo Crowther could win an award for being the rodeo contestant farthest away from home, but she is probably happier with the championship here. The barrel racer from Fort Myers, Florida had a time of 51.81 seconds and won $8,074.