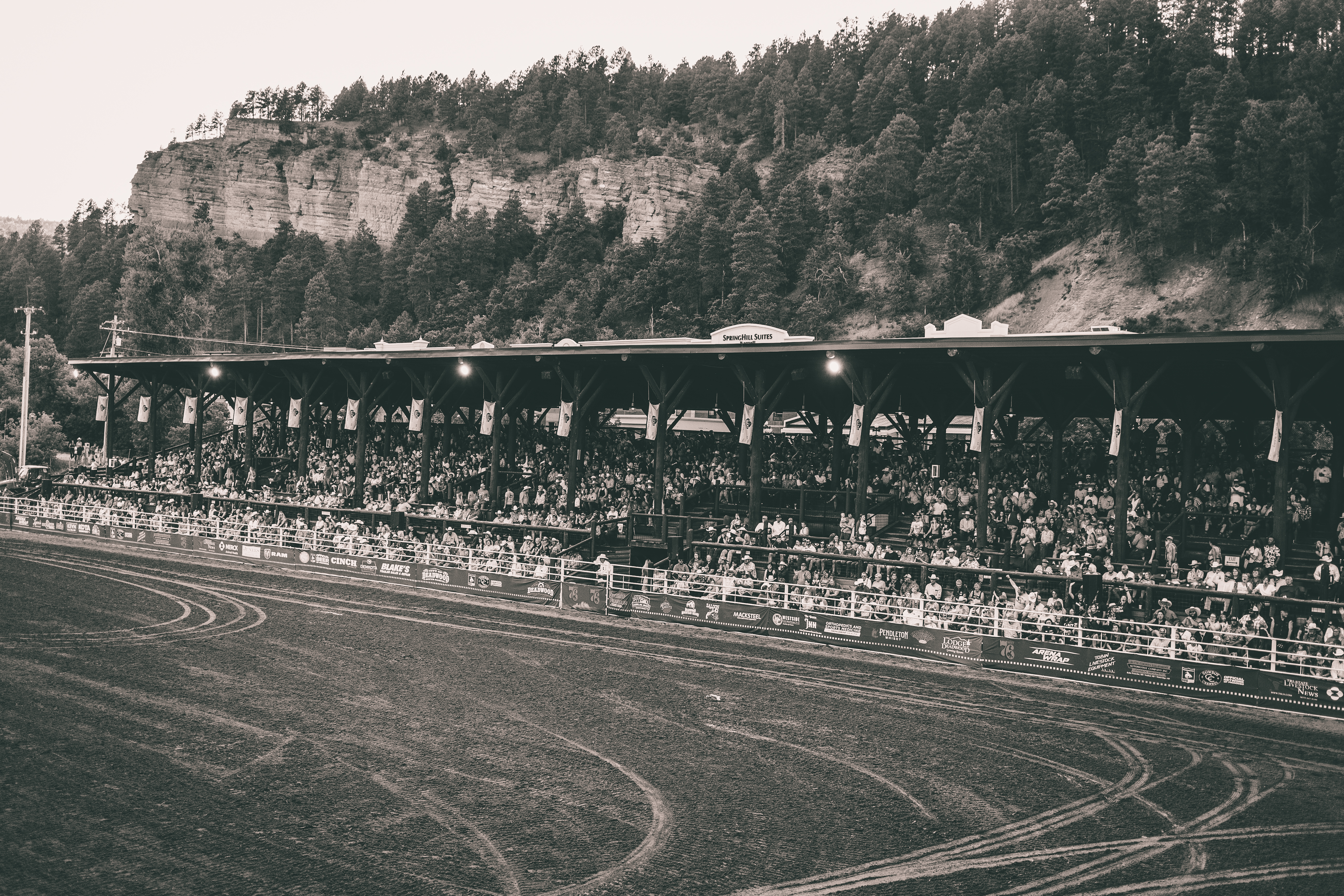 Texas cowboy, Chet Weitz, earned the All-Around Cowboy title and a purse of $3,817.

Tyler Wade and Trey Yates tied for a win in the Team Roping with Jake Clay and Billie Jack Saebens. Teams tied with a total time for 9.1 seconds on two head, paying out $3,761 each.

CoBurn Bradshaw earned his name on the T.C. Holloway Bronze and a Champion title in the Saddle Bronc competition. Bradshaw scored an 89-point ride on Burch Rodeo’s Lunatic From Hell during the 100th Celebration, sitting him in 17th place in the PRCA World Standings.

In the tie-down, Blake Ash went 17.5 seconds on two head, earning him the champion purse.

The 2022 Days of ’76 Celebration also marked the end of the trail for one PRCA Pick-Up Man. Tyler Robertson of Hermosa, South Dakota retired from his pick-up man position after 30-years on the job. Robertson has put on many miles in his career, as he started picking at 11-years-old. He is known to many in the Intermountain West as the best in the business, as he has lent a hand to many over the years of his career.