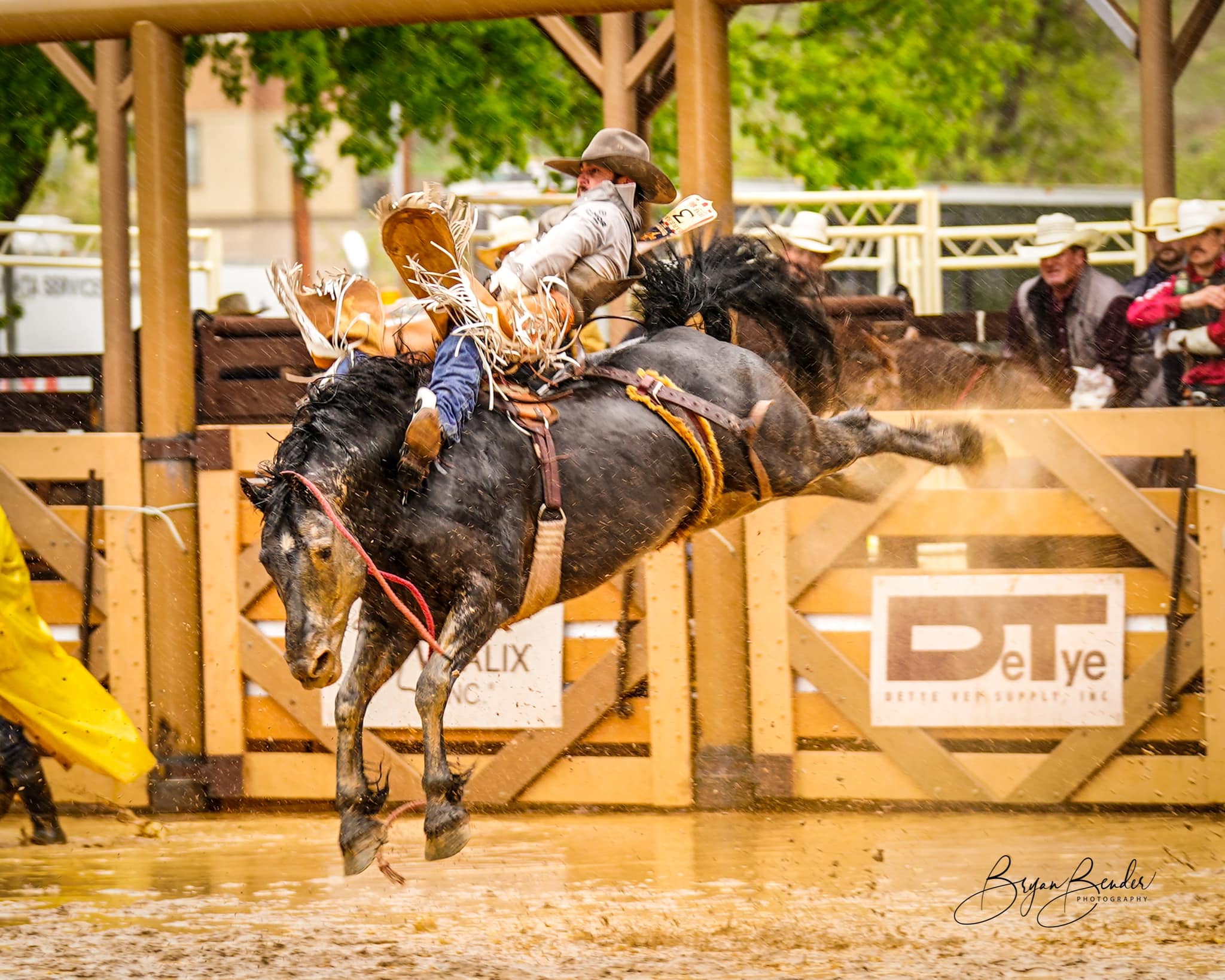 Donny Proffit splits win with Tanner Aus in Deadwood, SD at Back When They Bucked over Memorial Day Weekend.

Donny Proffit scores 88.5 on Black Mamba in the short round to split the average with Tanner Aus during 'Back When They Bucked' in Deadwood, SD. (Bryan Bender Photography)

“His biggest thing is that try will get you a long way. If you try your hardest every time you nod your head, good things tend to happen. Wrestling was the same way,” said Proffit.

Ranching is also important to the Proffit family. “Between rodeos, I help mom and dad on the place. I actually had to ride a couple colts this morning before I could go rodeo,” he says. Proffit dreams of taking over the family ranch but also wants to rodeo as long as he can.

His win at Back When They Bucked on May 30 should certainly kickstart his summer, as he and Tanner Aus both earned a check for just under $2,000 for a day’s worth of work in the mud. Black Mamba was his short round horse from Muddy Creek Pro Rodeo, and he did not mind the weather. “A lot of those horses didn’t take to the mud well. Mine must’ve liked the mud, I guess,” he said.

“After the first one, you were already soaking wet. You might as well get on your next one and make the most of it. If you’re going to be wet and miserable, you might as well win something,” he said.