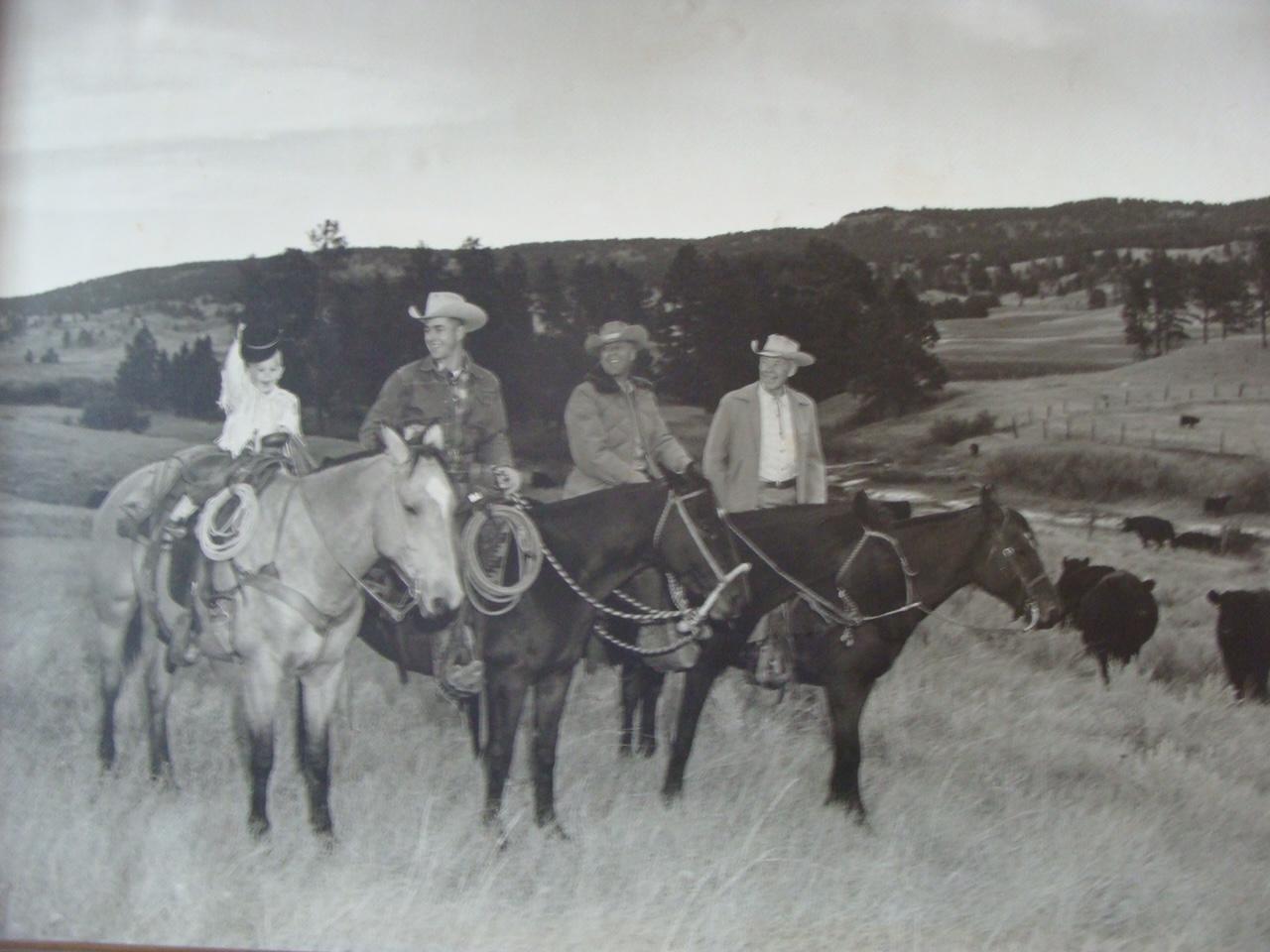 The Driskill family has ranched in Wyoming and South Dakota since 1878, and will join the Wyoming Cowboy Hall of Fame in 2022

Senator Ogden Driskill (Senate District 01) tried two years ago to get five generations of the Driskill family inducted into the Wyoming Cowboy Hall of Fame (WCHF). At that time the organization was not considering family nominations. That changed this year.

The WCHF goal is: “To preserve, promote, perpetuate, publish and document Wyoming’s working cowboy and ranching history through researching, profiling and honoring individuals who broke the first trails and introduced that culture to this state. WCHF plans to collect, display and preserve the stories, and photos of such individuals and anything else that will honor and highlight their contributions to our history.”

Homesteading in the prairie

The Driskill family has ranched in Wyoming and South Dakota since 1878. The first herd of cattle they brought north was of unknown size, but herds later that year and in subsequent years were close to 2,000 head. Prior to that time Colonel (an honorary title), Jesse Lincoln Driskill Sr. was running cattle in Texas. He supplied beef to the Confederate Army during the Civil War. His brother-in-law, Jesse Day supplied the Union Army with beef. After the Civil War, they trailed cattle north to the Colorado and Kansas markets, including Dodge City and Abilene.

“They trailed more cattle on the Chisolm Trail than Chisolm himself,” Senator Driskell said.

In aggregate Driskill, herds trailed from Texas totaled close to one million head. This included the herds that went to the northern markets. In 1868 they put together a small herd and trailed it to Cheyenne, to supply either the U. S. Army or the Union Pacific Railroad. Jesse Lincoln Driskill himself came north in 1878 and located what would become the Driskill ranch land in the Dakotas. When he returned to Texas, he immediately sent his sons, William Walter “Tobe,” and Jesse Lincoln Jr. north with cattle. By all accounts the Driskill family was very successful in the cattle business, so much so that in 1885-1886 Colonel Jesse Driskill Sr. was able to build one of the finest hotels Austin, Texas had ever seen. The Driskill Hotel opened on December 20, 1886. It was the hub of social and political activity.

The winter of 1886-1887 was devastating to cattle ranchers in Wyoming and South Dakota, the Driskill family included. In 1886, the family had a large number of cattle on the books, located in both states. When they counted their stock in the spring of 1887, they had suffered a loss of over 40,000 head. Jesse Driskill Sr. was forced to sell the Driskill Hotel following the devastating losses. He died on May 3, 1890, “some say a broken and broke man,” Ogden said. The family persevered in the cattle ranching business, and by 1910, Jesse L. (Diddy) Driskell acquired the Campstool Ranch, at the base of Devils Tower near Hulett, Wyoming. Jesse B. eventually took over the ranch from his father, and in 1972 Jesse T. and his wife took over. Their sons, Jesse K. (Tobe), Ogden, and Matthew learned how to ranch from their parents. In 1985 Jesse T. and Ellen turned the ranch over to the boys. Senator Driskill and his wife Zannie lease and run that ranch now, with the help of his son Lincoln and wife Ashlee. Daughter Andrea and her husband Matt Wood ranch nearby, with their children Ellen, 7 years old, and Gary, 6 years old. Ogden and his wife have another daughter, Katerie.

The family, despite their large holdings and number of cattle, managed to completely avoid the sheep and cattle wars in the late 1880s and early 1890s. They also held a lease on the Lower Brule Reservation.

The Wyoming Cowboy Hall of Fame

“Only the eldest living Jesse gets to use that name. The rest go by their nicknames.” When asked why he chose to nominate the family, Senator Driskill said simply, “All the past generations are worthy of being there.”

No member of the three living generations is included in the nomination. “That will be up to them when the time comes,” he said.

The Wyoming Cowboy Hall of Fame induction ceremonies will be held September 23-24, at Little America in Cheyenne, Wyoming and are open to the public.

In this article:Faces of the Industry, Featured, Industry News, Wyoming, Wyoming Hall of Fame
Up Next: