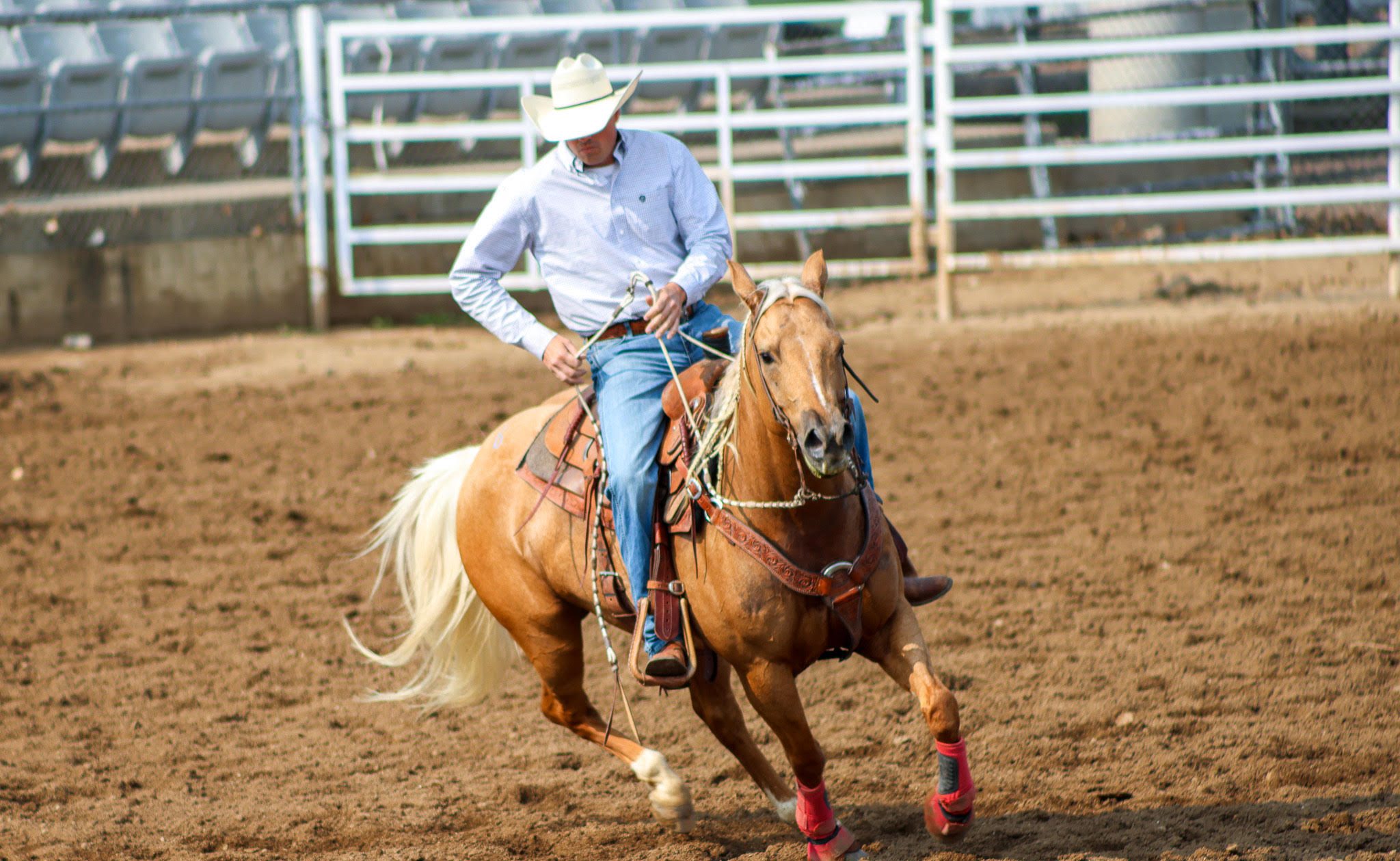 Money doesn’t grow on trees, but neither do good horses. The horse sale industry is holding strong since its drastic growth in 2020. Despite being a historically atypical season to host horse sales, recent fall sales are showing that the demand for quality horse flesh is still high, and so are prices.

Amanda Kammerer, who recently hosted her first independent sale, says that the spike in the horse market after the Covid-19 shutdowns may have been a result of shifting in the job market. Many people were able to quit their jobs, and many were able to work remotely. Thus, the extra free time allowed people to get back to their “passions,” whether it be roping, team roping, or barrel racing. “It got people back on horses,” Kammerer says. Two years later, the market has not dropped to its pre-2020 figures, which is a perhaps overdue reward for trainers and consignors selling top-of-the-line performance horses.

The AK Horse Sale was held Sept. 12th in Belle Fourche and featured rope and ranch horses and prospects. Kammerer previously coordinated horse and cattle sales for the Black Hills Stock Show, and always found it to be a passion. Kammerer found that the fall sale had its advantages: consignors had time to ride young horses all spring and summer, were not required to blanket as opposed to a spring sale, and buyers still had time to ride their new horses in the fall and winter, especially if they head south. The high selling gelding at the AK Horse Sale was $20,000, and the sale average was just over $12,000.

Craig Deveraux, who became one of the new partial owners of Buffalo Livestock in June, hosted a Full House Fall Sale for the first time on Sept. 9th. Deveraux has hosted a spring Full House Sale for nearly two decades, and likes to provide buyers with the chance to purchase a horse that fits the whole family. Many of the consigned horses are able to be hauled to high school rodeos and still be used on the ranch. The high seller of their inaugural fall sale was the 2015 Sorrel AQHA Gelding Why Not Harlan for $28,500, and the Top 5 Average was just over $20,000.

Both Deveraux and Kammerer believe that the market won’t allow “any old horse” to be sold for the amount it may have brought two years ago. However, the economy for a solid performance horse is projected to remain strong.

If Covid-19 was the turned key that started the engine of the horse market, she would say that the futurity incentives and quality pedigrees are the fuel that maintained the momentum. “I helped with the Royal Crown sale in August and that sale was strong. The Pink Buckle sale was really, really strong. The market is still there, but I think the buyers are doing their homework a little bit more, which is good,” she says. Deveraux adds that with the payouts of large regular barrel races and jackpots, such as the World Series Ropings, anybody can win large amounts of money, if mounted well. This may also increase the value of the gentle performance horse.

Crystal Anderson of Big Sky Horse Sales, who helps clients sell horses both private treaty and through her online auctions, says that technology has also been a driving force behind the continued high prices. However, she views the “high prices” as merely overdue recognition, saying that the time and money put into making top-end horses is finally being acknowledged. The advent of video marketing, live online auctions, and continued growth of social media means that not only can a horse be marketed without ever leaving home, he can be marketed to a much broader audience. Last year, she sold and shipped a horse from Roundup, Montana to Hawaii. “Ten years ago, that wouldn’t have happened,” she says.

The Pink Buckle Sale on Oct. 8th in Guthrie, Oklahoma was as impressive as ever. The geldings averaged $26,676; mares $46,984; broodmares $29,250; and colts/stallions $133,455. The strongest category sold were embryos, averaging $52,321, with a highest selling embryo of $137,000. The Goodbye Lane, Tres Seis, and Epic Leader were the most occurring stallions in this category, proving their dominance in the present and the future of barrel racing. The high seller of the entire sale was MS Trucoseix, a 2014 stallion consigned by Victory Farms which sold for a jaw-dropping $850,000.

Deveraux believes the price of a seasoned equine athlete will remain where it is. “That’s why I believe the market stays where it is, or gets stronger because everybody needs those good ones. As far as seasoned, versatile horses, they’re not getting any more abundant,” he says.