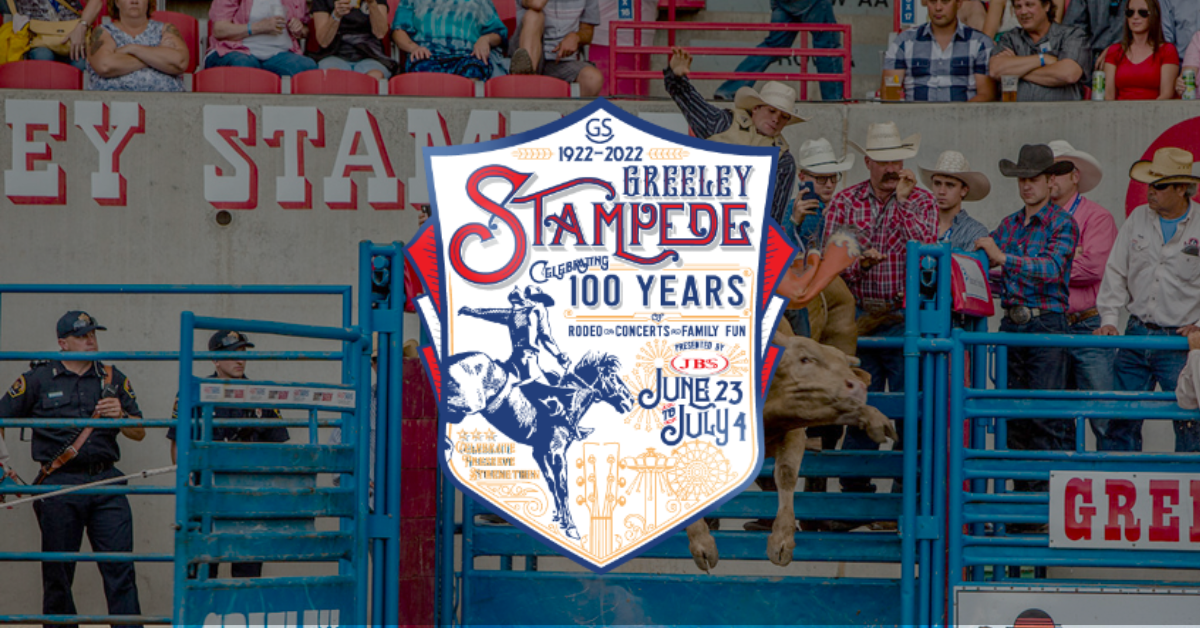 The Greeley Stampede is a large and complex event to host with many elements to plan. Since the start of the Stampede in 1922, a committee of volunteers has taken those various elements to help ensure the success of the event with each person specializing in a specific area. Everything from rodeos, concerts, parking, hospitality to grounds, parades and more has a committee member assigned to that area serving a four year term.

Coming into 2023, the Stampede committee has brought in some new faces to replace exiting members and to fill newly created areas. Those new members include:

With the support of her family, Jen is honored to be serving her first year as Group Parties Chair for Greeley Stampede. Jen has 15 years of event planning experience – ranging from weddings to large community events. She is the Recreation Events & Facilities Operations Manager for the City of Evans. Jen is very involved in her community and currently serves as Vice President on the Eaton Area Park and Recreation District board.

Junior Barrios grew up in Eaton and has been in Weld County his whole life. He has served on numerous boards and non-profits for over 10 years and has a passion for volunteering and making an impact in the community that he grew up in. He has been in the banking industry for 18 years and has been with FNBO for the last 16yrs; currently serving as an AVP Manager for the bank in Greeley. He has a wife of 10 years, Nikki, and 2 kids, Braden and Brynn, and couldn’t do it without their love and support. This is his first year on the committee after volunteering at the stampede for the last 4 years. He is excited to be a part of the Stampede family and help promote this Family Fun Event for our community!

Jerod Lichtenberg is currently the Grounds Chair for the Greeley Stampede.  He previously was a member of the Wrangler Volunteer Organization for 26 years.  He is employed at their family owned business, B & M Electric.  He moved to Greeley in 1992 to attend The University of Northern Colorado, and along with his wife of 28 years, they still continue to call Greeley home.  He has 3 children and 2 grandchildren.  When not at work, he enjoys vacations with his family, working in the yard, riding his motorcycle and hunting.

Cory Sample, Music Production
A native to Greeley, Colorado, Cory has been actively involved with the Greeley Stampede since 1992. He began his Stampede journey as a volunteer setting up arena chairs for the Greeley Central Band booster club along with the support of his wonderful parents (Arlin and Linda) and sister (Ivy). With a passion for community events and helping others, it was in 2001 that he officially became a Wrangler and was appointed as Trail Boss of Night Shows that same year. Growing up in Greeley and visiting close relatives that farmed and ranched in the panhandle of Nebraska, an early love for the western culture and way of life was instilled in him. The Stampede was a great way to do similar things while supporting the community he grew up in.

Stephen Walker, Parades
Stephen grew up on a ranch (Santa Rosa) and farm (Moriarty) in New Mexico eventually moving into Albuquerque where he finished high school. He then attended UNC in Greeley and graduated with a Bachelor’s Degree in Business. Growing up, Stephen helped with the family feed business on Race Horse Tracks in Albuquerque, Santa Fe, Denver and also the National Western Stock Show. During college he helped out at the Greeley Stampede as the Outrider Coordinator and with Souvenirs. After 19 years with Cargill he made the leap to Norfolk Iron & Metal in Greeley as the General Manager. This allowed him to move his family from Tulsa to Eaton, CO. Stephen and his wife Jasmyn have been married for 14 years and have 8 year old twins (Rylee & Corbyn). Stephen is excited to be serving the Greeley Community on the Stampede Committee.

As we welcome the new committee members, we must also say goodbye to those that have served. The Greeley Stampede would like to thank Chad Sanger (General Chairman), Jeff Reck (Grounds) and Dan Dennie (Hospitality) for their dedication and hard work over the years serving on the committee.

This longstanding event has grown in diversity and popularity since its inception and has provided music and rodeo entertainment to hundreds of thousands of people every summer. The Stampede has been inducted in the Pro Rodeo Hall of Fame and received many awards including PRCA Mountain States Large Rodeo of the Year, RMCMA Event of the Year and listed in the US Today Top 10 rodeos.

If you are interested in becoming part of the Stampede family or have questions about serving on the committee, please contact Jesse Leos at volunteers@greeleystampede.org.