Jacey Fortier pulls out 'unforgettable' win during Pendleton Round Up 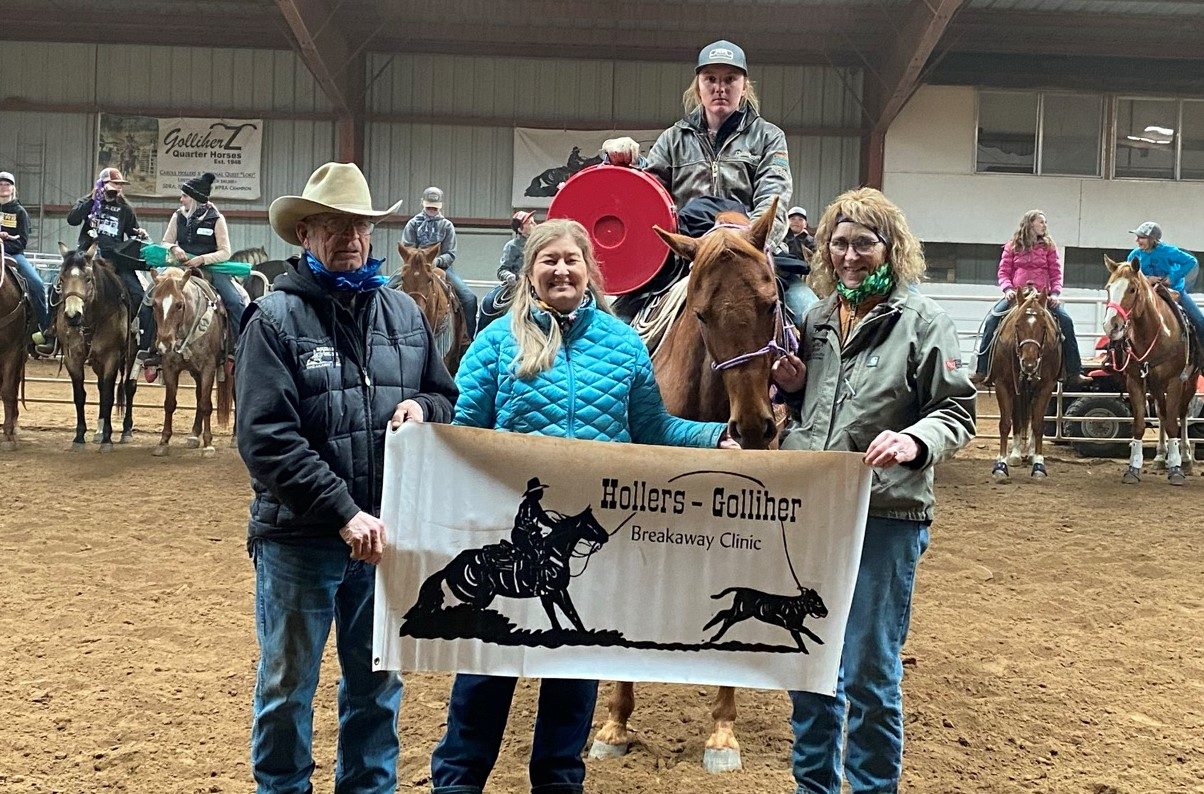 Few people can claim to have such a long-standing influence on breakaway roping as Jerry Golliher and Carole Hollers. The two friends have hosted breakaway clinics for 31 years, inspiring hundreds to pursue a lifetime of success with a rope in their hand.

The soft-spoken horseman Jerry Golliher pairs well with the motivational competitor Carole Hollers. At the end of this year, they will have hosted nine clinics in 2022. The most remarkable aspect of clinics over the past three decades is that the vast majority have been held in the same place: Golliher Arena in Belle Fourche, South Dakota.

The friendship between Golliher and Hollers began following a tragedy. Hollers’ husband, Les, was killed in his line of duty as a police officer in 1985. Their son was born in the same year. In 1987, Carole began traveling the 30 miles from Sturgis to rope with Jerry every Wednesday night, becoming his “guinea pig.”

“I would do anything he said […] I give him more credit than me,” Hollers says. “We developed a close friendship with the whole family.”. The Golliher children were about the same age as her son, so Sue Golliher helped to babysit while Carole roped. “I won my first saddle after roping with him for about four months,” she said.

In fact, it was the photo of Hollers roping in a 1987 saddle that garnered so much social media attention last summer when she broke the arena record at Cheyenne Frontier Days. In a post with more than 3,000 shares, it was pointed out that Hollers’ saddle was 34 years old, and the woman sitting in the saddle was 59 years old… and still winning.

Hollers’ record was soon broken just a few cowgirls later. Still, by simply competing as she always had, Hollers found herself in the unique position of not only inspiring kids but men and women who wrongly thought their goals were out of reach because they were a certain age.

“I was stunned at the people that said, ‘I’m so excited. I’m not too old. I’m going to get back at it. I can still do this,’” she says. Therefore, Hollers and Golliher saw the demand to host “adult only” clinics, three of which were filled instantly in the fall of 2021.

Hollers and Golliher have well over 20 amateur association titles between them, but most notable is the length of their careers. Hollers still competes at professional and amateur rodeos. Golliher is a “continuous student,” according to Hollers. “He’s been my mentor, and he still is. If I’m struggling, I still go ask him. He’s an amazing horseman,” she says.

At 74 years old, Golliher still studies horsemanship on the Cowboy Channel, ropes the dummy every day, and improves his riding skills. For Golliher, creating lightness and feeling where a horse’s feet are is key to his approach. Soon after starting to have clinics, Jerry’s daughter Zeann would join as an instructor, having earned several association titles and qualifications for the College National Finals Rodeo.
The Golliher/Hollers breakaway clinics are known for “getting kids hooked.” Even if they go on to rope with elite professionals like Jackie Crawford or Lari Dee Guy, the goal is to get them to enjoy the sport.

“We just love the kids. We love it when the lightbulb comes on,” she says. “That’s our biggest contribution, I think, is to get these kids loving it and feeling like they can be successful.”

More like this: Getting the Gold: Badlands Circuit Finals Crowns Champions

Projected National Finals Rodeo qualifiers Rickie Engesser and Samantha Fulton were two regular students of the clinics. Hollers and Golliher have many return ropers, who often send photos of first buckles and videos for feedback.

“We keep a connection [with the kids], and I think that’s why we’re so successful,” Hollers says. The total number of students this year alone is well over 100.

The number of students taught in three decades (albeit with varying numbers of clinics each year) is astounding. Still, they show no signs of slowing up. As breakaway roping continues to find its way to a larger scale, Carole Hollers and Jerry Golliher will no doubt be instilling valuable basics of horsemanship, confidence, and work ethic for years to come.