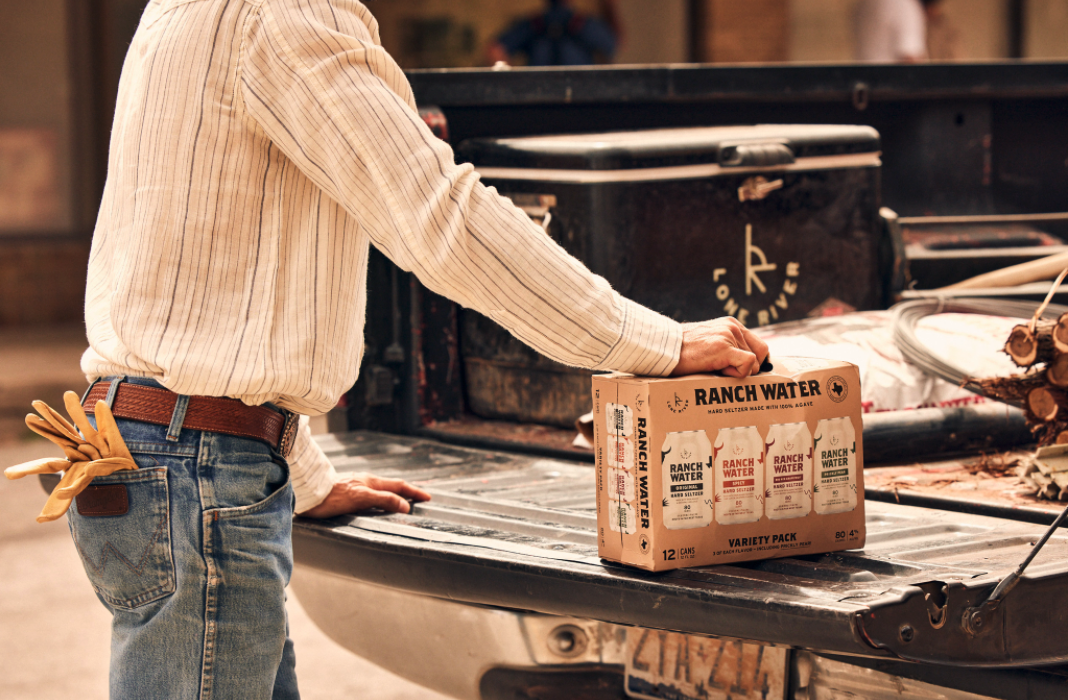 The Western Lifestyle is something hard to be explained, but also envied by many. Of course, when you live it every day, it doesn’t seem like it would need explaining. It’s the intricacies, and the parts of the lifestyle that can’t be explained that have boosted brands like Lone River and country music rising star Ian Munsick.

Although Lone River founder and CEO Katie Brown Beal, and musician Ian Munsick are from very different parts of the west, they have created a partnership based on lifestyle.

“We have kind of grown up together in the industry,” said Brown.

“Our end goals very much intertwine,” said Munsick of the partnership with Lone River. “I am proud to be with them on this crazy journey because they believed in me from the very start, and I believed in them.”

Ian Munsick & Friends kicked off the 2022 NFR with a concert at Losers Bar. The lineup included fellow Wyoming artists; Chancey Williams and the Younger Brothers Band, Ryan Charles, The Munsick Boys, and non-Wyoming artists; Jenna Paulette and Kylie Fry. The concert was hosted by Lone River, and the Ranch Water was flowing.

A seltzer that seemed to take the western industry by storm, Ranch Water has only been on the market for two years. The coctail, by the same name, has a long history and lifestyle behind it though.

As legend has it, Ranch Water (the cocktail) was concocted by a wild haired rancher who crafted the drink and followed the spirit following thousands of stars eventually ending the journey asleep under a piñon tree.

“I would share this drink, and share this story as a way to connect people to where I am from,” said Brown.

Katie Beal Brown’s family settled in West Texas more than 100 years ago. When Katie left the familiarities of that ranch in far west Texas and found herself in New York City, she describes feeling like a fish out of water, but soon Ranch Water became a connector point.

“It is more than a drink,” said Brown, “It is part of the culture.”

It took 5 years to bring the drink to market. Brown wanted to create a convenient package for the cocktail, and create something a cowboy would drink. She says she used her uncle, who wouldn’t touch those skinny seltzer cans with a 10-foot pole. “The day he tried it and loved it, I knew there was something there,” said Brown.

When Ranch Water hit shelves in April 0f 2020, cases were flying off the shelves. Brown contributes a lot of the success of Lone River to the core of the brand: the culture.

“I knew if we were going to bring this cocktail to the market, we really had to do it in a way that respected the culture and did it in a genuine way,” said Brown.

Although it would be more convenient to shoot marketing materials in Austin or LA, Brown insists all of Lone River’s marketing be shot on that family ranch in Far West Texas. Brown used their own ranch hands and local cowboys for the first marketing shoot for Ranch Water. Even the large campaign shot with musician/actor Ryan Bingham was on location at the ranch.

“This is a real product, from a real place, and a real family,” said Brown, “It isn’t something that was created in a boardroom.”

At the base of the Bighorns

When Ian set out to make music, he knew he had to bring his Rocky Mountain style to Nashville. He said he had always thought of country music as western music, but later realized theres a not a lot of that.

“The Rockies are such a beautiful area,” said Munsick, “I can’t help but draw inspiration from that.”

Many of Ian’s songs contain lyrics about working on the ranch in Wyoming, sharing stories of cowgirls and cowboys and lots of mountain music inspiration. Ian stands for the western lifestyle, but admits that his dad and brothers are more cowboy than him. Ian’s dad, Dave, and brothers, Sam and Tris, join Ian on stage as The Munsick Boys.

“Every time I get to share the stage with my dad and brothers, it is a magical experience,” said Munsick.

Munsick grew up on a cattle ranch near Sheridan. At night, he says, the family would come in from work and play music together. When the Munsick Boys would play for the public, it was for crowds of cowboys and cowgirls, ranchers and people that respect and live the western way of life.

“It has always been a huge part of who I am,” said Munsick.

The Munsick Boys played together for the NFR Pre-Party at Losers on Dec. 1, but they will not be returning to the stage on Dec 10 when Ian plays at the Mirage. “The pace of Wyoming is extremely slow, and pretty much everywhere else in the world is not,” said Munsick, who says his dad and brothers can only take so much of Las Vegas before needing to get back to work on the ranch.

That slow-paced ranch lifestyle is the core of what Ian signs. He says it is being rooted in ‘people and places’ that keeps the cowboy lifestyle so special. “It’s what makes this lifestyle so attractive to the rest of the world,” said Munsick.

More of Munsick and Ranch Water in Las Vegas

Ian Munsick will take the stage in Vegas again on Dec 10 at the Mirage, then he will begin his ‘Long Live Cowgirls’ tour.

If you’re looking for a cold drink in Vegas, Ranch Water has been named the ‘Official Seltzer of the NFR’ for a reason. You can find Lone River swag during Jenna Paulette‘s new album listening party on Dec. 8 at the Boot Barn booth at Cowboy Christmas, and don’t forget to grab your Ranch Water at the Ranch Water Rodeo Saloon.

Brenna is a small-town kid who sees the value in rural businesses and what they bring to small-town quality of life. She earned her degree in Agricultural Communications, and has worked in newspaper, radio, and TV News. Brenna is passionate about the agriculture + western industries and has spent the last few years traveling the western U.S. working with clients in rural areas.