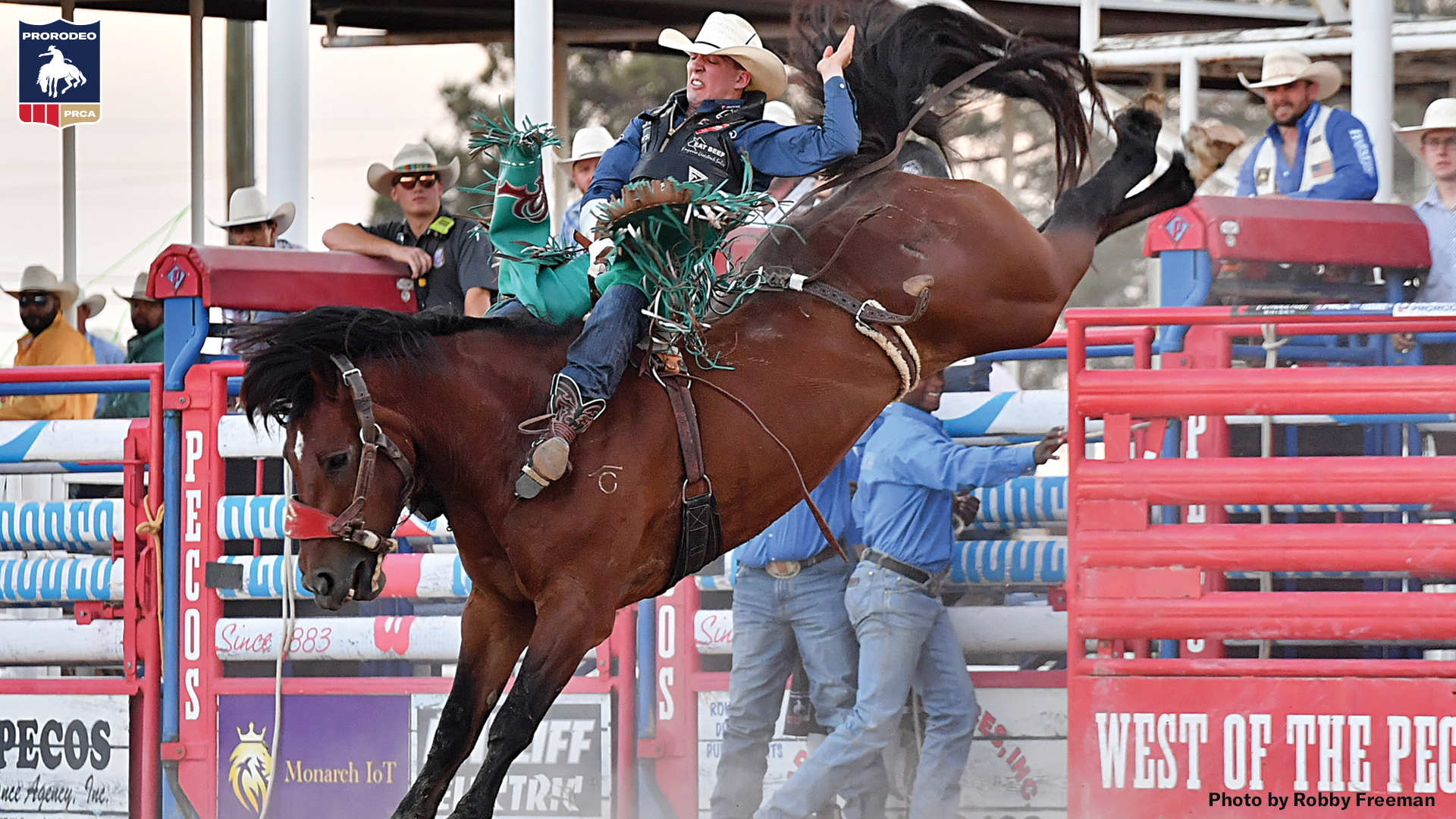 It was news Pope thought he might never hear.

“That was my first time on him. I was actually starting to get kind of worried that I’d never get on him. He’s getting up there in age. I didn’t know if I’d get on him before he retired,” Pope said.

Knowing that ride was finally coming helped spur Pope’s confidence for the West of The Pecos (Texas) Rodeo, a stop on the NFR Playoff Series presented by Pendleton Whisky.

“It gives you a good feeling for the weekend. You’re ready to go,” he said. “At the same time, you can’t get ahead of yourself. But it does make it pretty exciting that he’s who you have.”

On June 24, Dirty Jacket delivered a clean ride. Pope had an 89-point trip, edging out Tilden Hooper’s 88.5 to earn the win in Pecos.

“I knew he was gonna buck and give me a good shot to win. Kaycee Feild won Pecos on him last year,” Pope said. “It worked out the way it was supposed to, that’s for dang sure!”

“I feel good, I feel like I’m riding good,” Pope said. “I just want to finish the year off strong, but it’s a long way to the beginning of October. There are a lot of rodeos between now and then. But I’m in a pretty good spot.”

Indeed, the two-time defending Wrangler National Finals Rodeo average champ could well be on his way to a first PRCA World Championship gold buckle. The key component to his huge success so far this season: having his brain game in full gear.

“I would just say my mental game is getting stronger. I’m getting better at dealing with all the pressure,” Pope said. “That’s the biggest part of it. Just show up, do my job, and have fun.”

In this article:Jess Pope, PRCA, PRCA Rodeo, Rodeo, West of the Pecos Rodeo
Up Next: