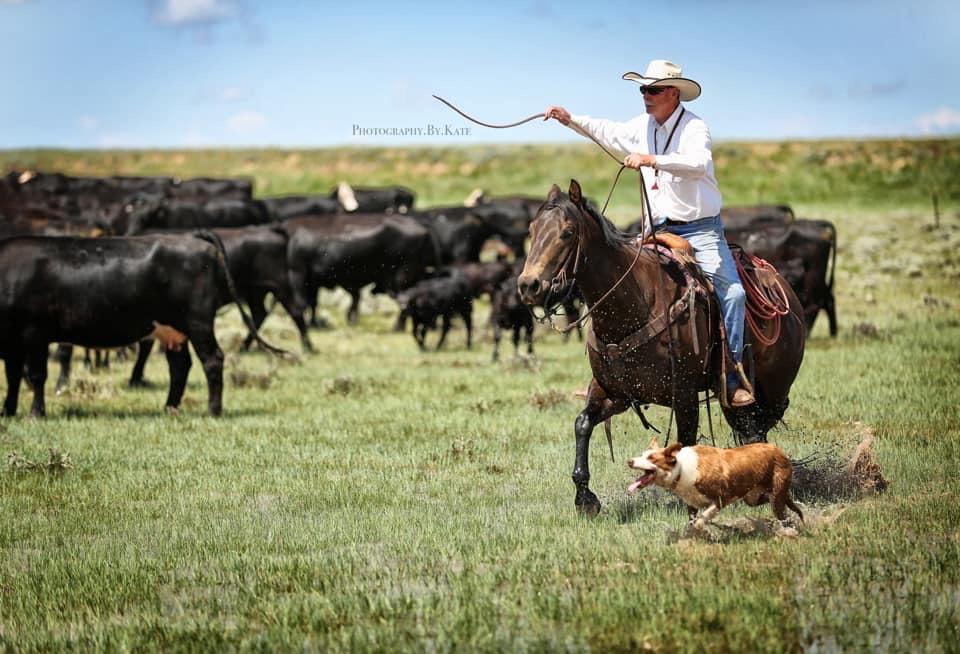 Wyoming cowboy, Jim Mathis recalls a ‘winding road’ that lead him to President and CEO of WyoTech

Jim Mathis, President of WyoTech in Laramie, WY knew he wanted to be a cowboy when he moved to Wyoming as a young man. Mathis is the son of a preacher, who moved his family from Michigan to La Grange, Wyoming when Mathis was 12-years-old. He immediately embraced the western lifestyle.

Mathis’ road to WyoTech, an automotive and diesel trade school, was not a straight path. He left home and took a ranch job at the young age of fourteen. Mathis planned to graduate from high school at the end of his junior year, and was on track to do so, until the graduation credit requirements changed. At seventeen, Mathis left school and began working for a custom combine crew. He learned to drive a semi, and set a goal of owning his own fleet of the large vehicles. In keeping with that goal, he started attending WyoTech (then Wyoming Technical Institute) in January of 1976 and graduated in June of that year. His plan of owning a fleet of semis abruptly changed during his education, due to the influence of an excellent teacher, Marlowe Jones. Marlowe had such an impact on Mathis that he decided he too wanted to teach at WyoTech, and talked his way into that position in November of the same year.

Mathis was named President in 1998. The enrollment hit 1,000 students during his first year in this role and more than 2,100 by 2002. That year, Corinthian Colleges purchased the technical school. Mathis retired three months later, and left the school with an enrollment three times greater than when he started. In 2015 the vocational institution changed ownership again.

In 2018, Mathis had the opportunity to purchase WyoTech, and did so on July 2. He started with just twelve students. Since then, the student population has boomed, as has the size of the campus. Under his guidance, the school has purchased two buildings, added three classrooms and restrooms, and this year has started a 90,000-foot addition. A Master Plan discussion has begun on the purchase an additional 70 acres.

Mathis previously used his downtime during his career to team rope. He was a United States Team Roping Championship (USTRC) member and roped on that circuit. He was also a regular at local jackpots. He still ropes competitively, but on a small scale. He and his wife Mary own a home in Wickenburg, Arizona, so he ropes “once in a while” in that community. “Ranching keeps me too busy to rope much anymore,” Mathis said with a smile. 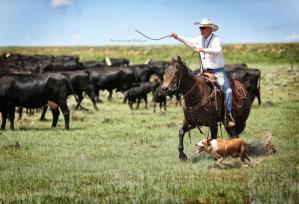 Mathis and his wife ranch near Wheatland, Wyoming on a place called the Gittaway Ranch. The family also owns the Kite Ranch, near Rock River, Wyoming. Mathis said he really enjoys ranch roping. The family runs a few Black Angus cows and calves that sport the Heart T brand. The brand itself has an interesting story.

The Heart T brand originally belonged to Gene and Dot Smith of La Grange. Mathis worked for them early in his life. In his later years, Gene had two foals that needed to be branded. The old rancher was very particular and wanted the brands to be just right. Mathis agreed to brand them. He went to the ranch, and took Gene, by then in a wheelchair out to the barn and corrals. Mathis made sure Gene approved the placement before applying the branding iron to his horses. When they were done, Mathis asked about buying the brand from Gene and Dot. Gene did not reply.

Gene passed away a short time later, and Mathis thought that ended his chance of purchasing the Heart T brand. In the meantime, he had purchased a different “heart” brand. Dot surprised Mathis with a phone call, asking him what he wanted to do about the Heart T brand. Dot her sons had decided Mathis should have the brand.

The Heart T has become part of the marketing for WyoTech. It represents the love of trade and technical schools, along with a western lifestyle. The staff and students at WyoTech abide by the Cowboy Ethics – Code of the West. Parental support is also a very important factor in the success of the students and the school.

Mathis says his greatest accomplishment is keeping a positive attitude through the valleys of life. The valleys have humbled him and redirected him. “God has been good,” he said.

In this article:Culture, Featured, Jim Mathis, WyoTech
Up Next: