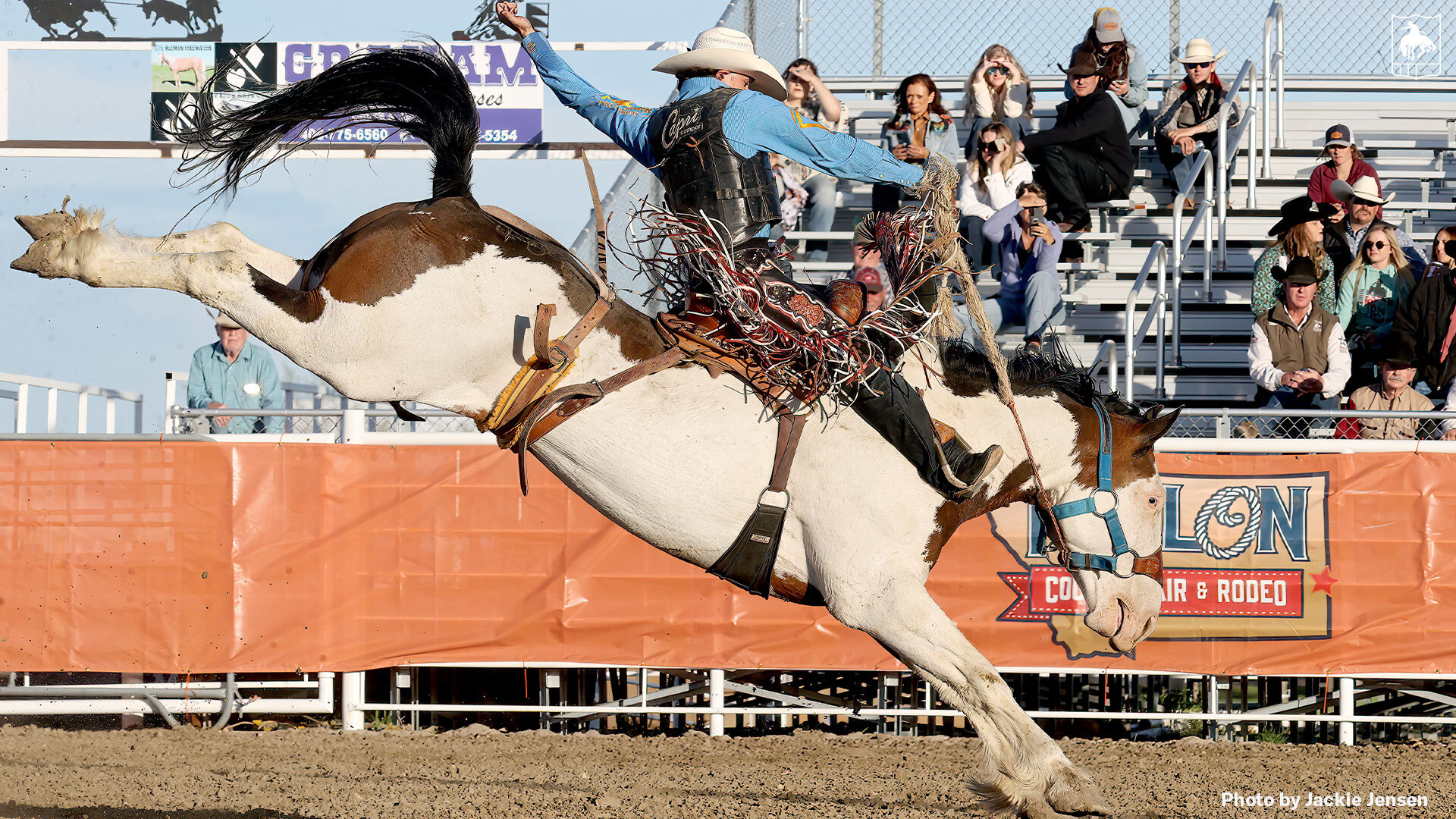 Holman made a choice that paid off well during the Fourth of July run weekend.

Lefty Holman had a decision to make as the Fourth of July run kicked off.

The Visalia, Calif., saddle bronc rider had qualified to the short round at the Greeley (Colo.) Stampede on June 30, but he’d also drawn deep at the Oakley (Utah) Independence Day Rodeo that same night.

Ultimately, making his way to the mountain town just east of Salt Lake City won out and Holman’s choice was validated when he got the big win after an 89-point ride on Bar T Rodeo’s Hell Boy, a win worth $3,892 and valuable NFR Playoff Series presented by Pendleton Whisky points.

“I always wanted to get on that horse,” Holman said of the flashy paint bucking horse who is a veteran of numerous Wrangler National Finals Rodeos. “(Hauling partner) Wyatt (Casper) has won a lot on him and I remember Wade Sundell getting on him in the 10th round of the NFR to win the world title that year.”

“That ride has always stuck out in my mind,” he continued. “That horse is a hard bucker but also feels really

Holman has made it his strategy to start his Fourth in Oakley each year.

“It’s always been good to me,” he said. He won there in 2020, launching him to his first Wrangler NFR, and was second in 2021. “It’s fun getting to come to that rodeo and get a good start to the Fourth.

“And it’s always fun to get on Bar T horses.”

From Oakley, Holman hit the road hard on the Fourth and had success in Ponoka as well as taking the win in Killdeer, N.D.

“I don’t even know where all we went, that’s how the Fourth went!” he joked.

Holman missed the Wrangler NFR a year ago after a late season knee injury forced him to the sidelines.

Returning in January, he’s shown no signs of slowing down and was already ranked inside the top 10 of the PRCA | RAM World Standings prior to the Fourth.

“I feel great,” Holman said. “You know back in the day, cowboys would head to the beer stand after the rodeo . . . and we still do a lot of that . . . but we’ve got Sports Medicine to take care of us now. It’s so tough out here that we have to take advantage of all those opportunities to stay healthy.”

“I’ve been drawing really good horses. Every guy in the top 40 or 50 could be in the top 15, that’s how good they are, and the difference is drawing the good ones and using them.”

Holman is hoping for a celebration-filled fall with a second NFR berth secured along with his wedding on Oct. 28, the day after his birthday, in Hawaii to fiancée Hailey Onaka.

As for the rest of the summer, Holman jokes that former hauling partner Bradley Harter used to tell him the Fourth of July was “a marketing scheme” and there were just as many to go to in August.

“When you get rolling a little, you’ve got to keep paddling,” he said. “We’re running on two hours of sleep and a dream.