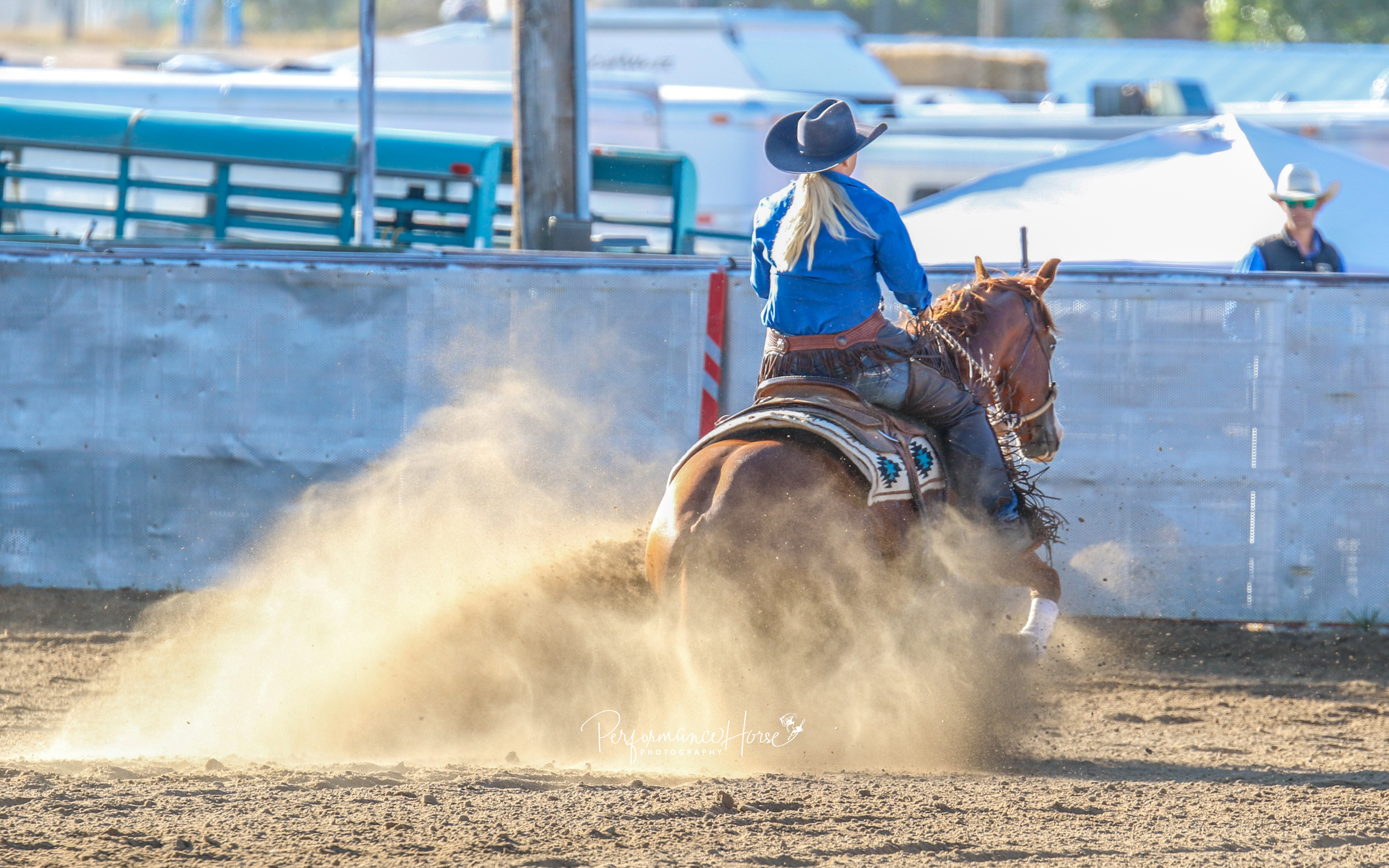 “Douglas has proven to be a very popular venue for us,” said CRCA President Tawny Fye. “In fact, after we saw that we were up more than 100 entries over last year for this show, the Board of Directors got together and decided it would be in the best interest of our crew and contestants to modify the schedule so we wouldn’t be running 24 hours a day. The change was well received, the weather was very cooperative, and everyone thoroughly enjoyed being in Douglas.

Discount Tire and Wilson and Susan Lyle sponsored the CRCA end of season celebration with a complimentary dinner that everyone loved. The best part of it all was putting on a truly world class horse show.”

“He was great in all three events, I was super happy with him,” shared Dawson. “He’s feeling pretty solid going into the big one in Fort Worth. You know, we showed him once before in Fort Worth, which is the main reason I then brought him here because there were a couple of things that I wasn’t super thrilled with. I wanted to come to another show to see if I could prepare him a little differently to see if he would be better, and he was quite a bit better here with the different preparation, so I was really happy about that.

With her trademark accuracy, Dawson rode Itchin Ta Shine to a solid 146 in the reined work, which she followed up with a 144 out of the herd to rank in a tie for second in the composite with a 290 going into Sunday’s cow work. Ironically, Dawson was tied with herself aboard Russ Mothershead’s Shiverz and fellow Texas resident Veronica Swales riding Thomas Guinn’s Ironclad Rebel. Dawson and Wendy Buehler’s Vince Von held the lead going into the fence work with a cumulative score of 292.5.

Ultimately, Itchin Ta Shine edged Vince Von in the final tally after closing the deal with a round winning 150.5 on Sunday in the cow work. Vince Von and Dawson earned $3,427 for second in the aggregate thanks to their 437.5 total on three runs.

“Itchin Ta Shine was super good down the fence today, he just felt like he was hooked from start to finish. The cattle were a little tricky; on my first horse I thought I might’ve stayed a little long on the end so I thought I ran out of cow. On Itchin Ta Shine, if I remember correctly, I just kind of hit it twice on the end and then went and the cow was kind of able to then carry me through the run, which was nice.”

Dawson says she hadn’t had a Call Me Mitch in training until Itchin Ta Shine came to Dawson Performance Horses but added that she’s been impressed by the 2019 stallion.

“He’s a real big stopper, he can run and stop and slide,” she said. “His owner Nancy Crawford Hall with Holy Cow Performance Horses is just really good to us and keeps us mounted on some nice horses, so we’re super grateful to her.”

Dawson says that aside from snagging the futurity win, she was able to accomplish her goal of building confidence in preparation for the NRCHA Snaffle Bit Futurity, just weeks away.

“I’d never been to Douglas before, but I’ve enjoyed it,” Dawson said. “[My husband] Chris has come up here to show a couple of times and told me it was a really good show. This show gave me a great opportunity to get another outing on the horses, build confidence and to work on our preparation. It was great.”

“I’m really proud of this mare,” said Westfall. “I had only been riding her for about a week, so I just tried to be smooth and clean everywhere.”

Westfall succeeded in her mission through the go rounds and then was pleased to see her 3-year-old rise to the occasion when she was challenged by a rank cow down the fence during the futurity’s final phase.

“We had a cow that wanted to push on us and not stay on the fence and she handled it like a seasoned show horse,” said Westfall.

The Wyoming State Fairgrounds continues to be a popular draw for CRCA members and Westfall, who also serves on the board, shared why she thinks contestants enjoy the venue.

“Douglas is such a good facility, especially for these 3-year-olds, with the big open outdoor pen,” she said. “I’m appreciative of the CRCA and the staff for working so hard to make this show a success. We had to cut a horse show day off due to the high number of entries in order to be fair to our judges, herd help, riders and our horses, and this show reflected what a good decision that was by how smoothly it ran.”

Taking reserve in the Open Derby for $2,472 and winning the Intermediate Open for another $865 was Lookin At Blu Rey (SDP Blu Rey x Twi Lookin At Me) ridden by Canadian horseman Clint Swales, of High River, Alberta, for owner Jerry Sawley. Lookin At Blu Rey was awarded a cumulative score of 440.5 (R: 145.5/H: 147/C: 148). Swales and Lookin At Blu Rey also topped the Open Novice Horse Derby for $378, as well as the 4-Year-Old Open Incentive for $488.

Winning the Intermediate Non Pro and 4-Year-Old Incentive Derby divisions was Karey Louthan riding Surely This Time (Surely A Pepto x Its That Time Again) with a composite score of 434 (R: 147/H: 143/C: 144), which was worth a combined paycheck of $810.

For full results from go-rounds and all horse show classes as well as details on upcoming events,
visit Coloradoreinedcowhorse.com.