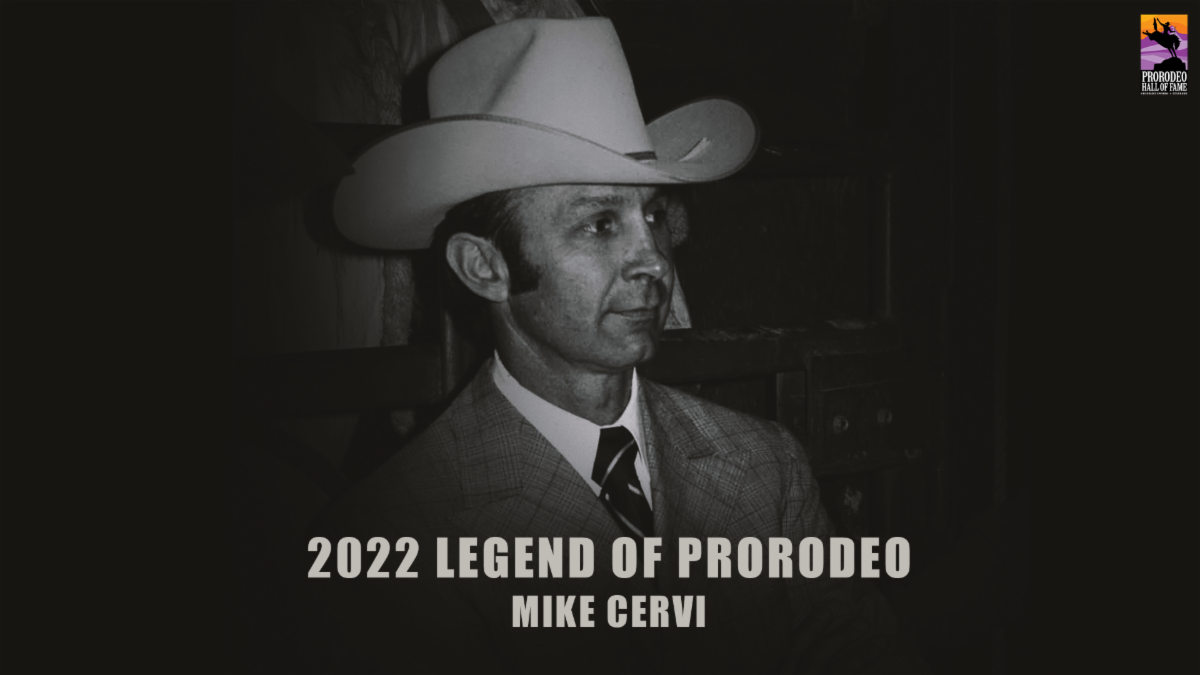 Photo Courtesy of the PRCA

Cervi will be honored at the 15th annual Wrangler Gold Buckle Gala on Nov. 28 at the South Point Hotel and Casino in Las Vegas.

“Thank you very much,” said Cervi, 85. “I’m honored and appreciative.”

Cervi, who was inducted into the ProRodeo Hall of Fame in 2003, has been involved with rodeo since 1950 and as a stock contractor since 1967.

“I started clowning rodeos when I was 14 years old in Canada for Harry Vold,” Cervi said. “I did that for three or four years and that led me into the rodeo business. I have been involved with the cattle business all my life also. Once you got attached to rodeo and were a part of it, it is pretty hard to shake it and do something else.”

Cervi’s career as a stock contractor for rodeos was on a list of the country’s biggest on the PRCA trail like Houston, Denver, San Antonio, Albuquerque, Nampa, Idaho, and Waco, Texas. He was named a two-time PRCA Stock Contractor of the Year (1983, 2001), and he sent countless horses and bulls to compete at the National Finals Rodeo. He was also a longtime member of the PRCA board of directors, who helped the sport leap into the 21st century.

“It is the people you meet and the friendships you make, the lifelong friendships that mean a lot,” said Cervi about what he enjoyed most about his lifetime in rodeo. “Those friends are very important to me.”