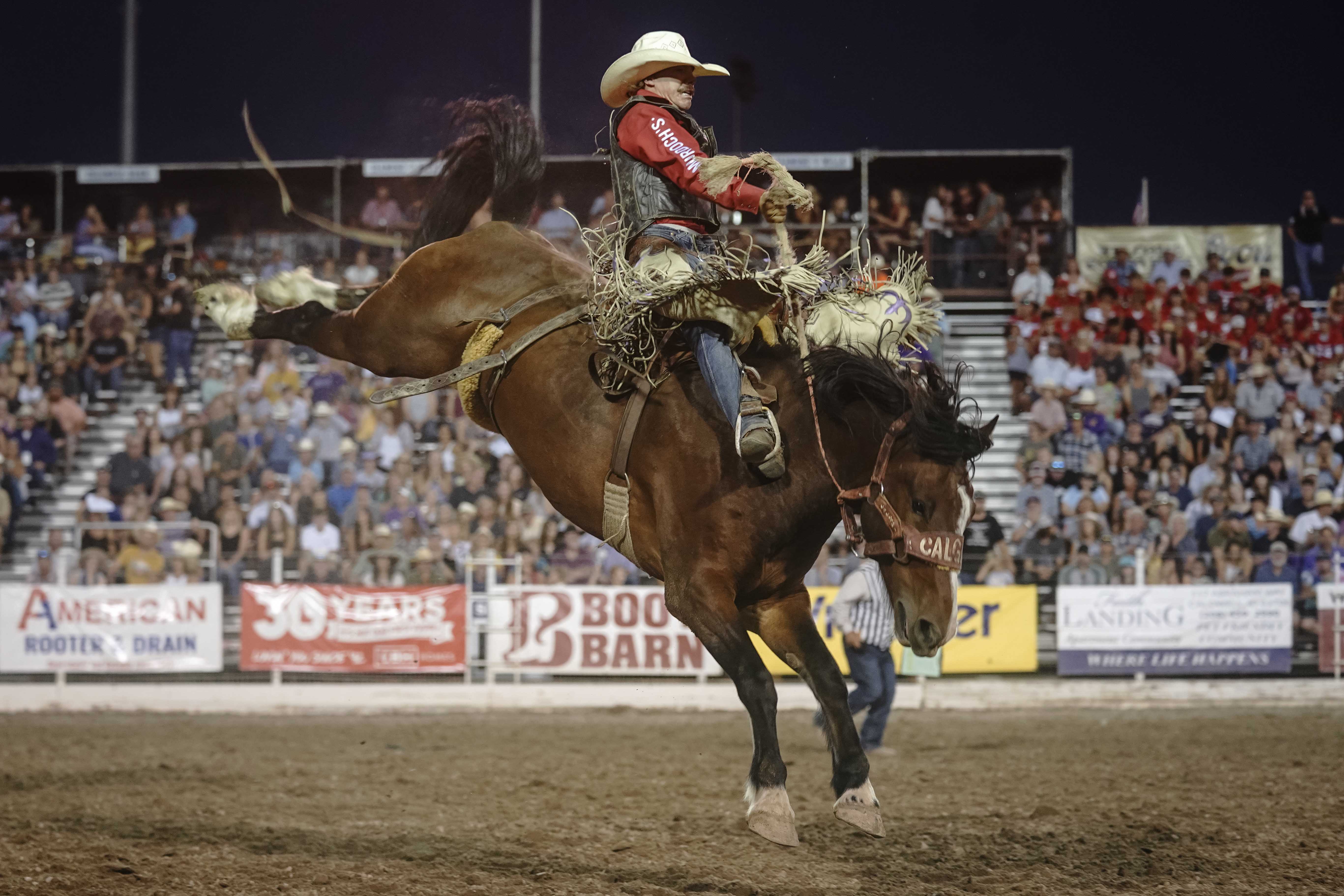 Sage Newman from Melstone, Montana, took the lead in the saddle bronc riding at the Caldwell Night Rodeo on Wednesday. Newman was just half a point off of the arena record at 90.5 riding Calgary Stampede’s horse named Burban. PRCA photo by Thomas Duncan.

CALDWELL, ID — Saddle bronc rider Sage Newman is having the time of his life doing what he loves most, and that showed at the second performance of the Caldwell Night Rodeo.

When Newman, from Melstone, Montana, got to the rodeo, he was number one in the world standings. The way he rode here, he is likely to increase his lead over the man in second place, reigning world champion Stetson Wright. Wright will compete in saddle bronc riding on Friday night.

Newman was just half a point off of the arena record of 91 set in 2011 by Shawn Stroh. He rode Calgary Stampede’s horse Burban for 90.5 points and is now in the lead and will be back here on Saturday for Championship Night. If anyone moves him down the leaderboard, there will be a tie for the arena record or a brand new one.

An 18-year-old stole the show in the breakaway roping at the D & B Arena on Wednesday. Josie Conner from Iowa, Louisiana, has been the most consistent breakaway roper here so far. She stopped the clock in the first round held on Monday in 2.6 seconds and won $1,339 in a tie for second place.

That time also gave her an opportunity to progress to the second round and rope in front of Caldwell’s fans. She is now leading the second round with a 2.7 second run and is leading the overall standings by a full second. Conner has a total time of 5.3 seconds on two head. Hope Thompson of Abilene is second with a total time of 6.3. Breakaway ropers need to be in the top six in the overall standings to have a chance at winning the Caldwell Night Rodeo championship.

The third performance gets underway at 8 p.m. August 18th at D & B Arena where it is CNR Strong night raising funds for local cancer support.