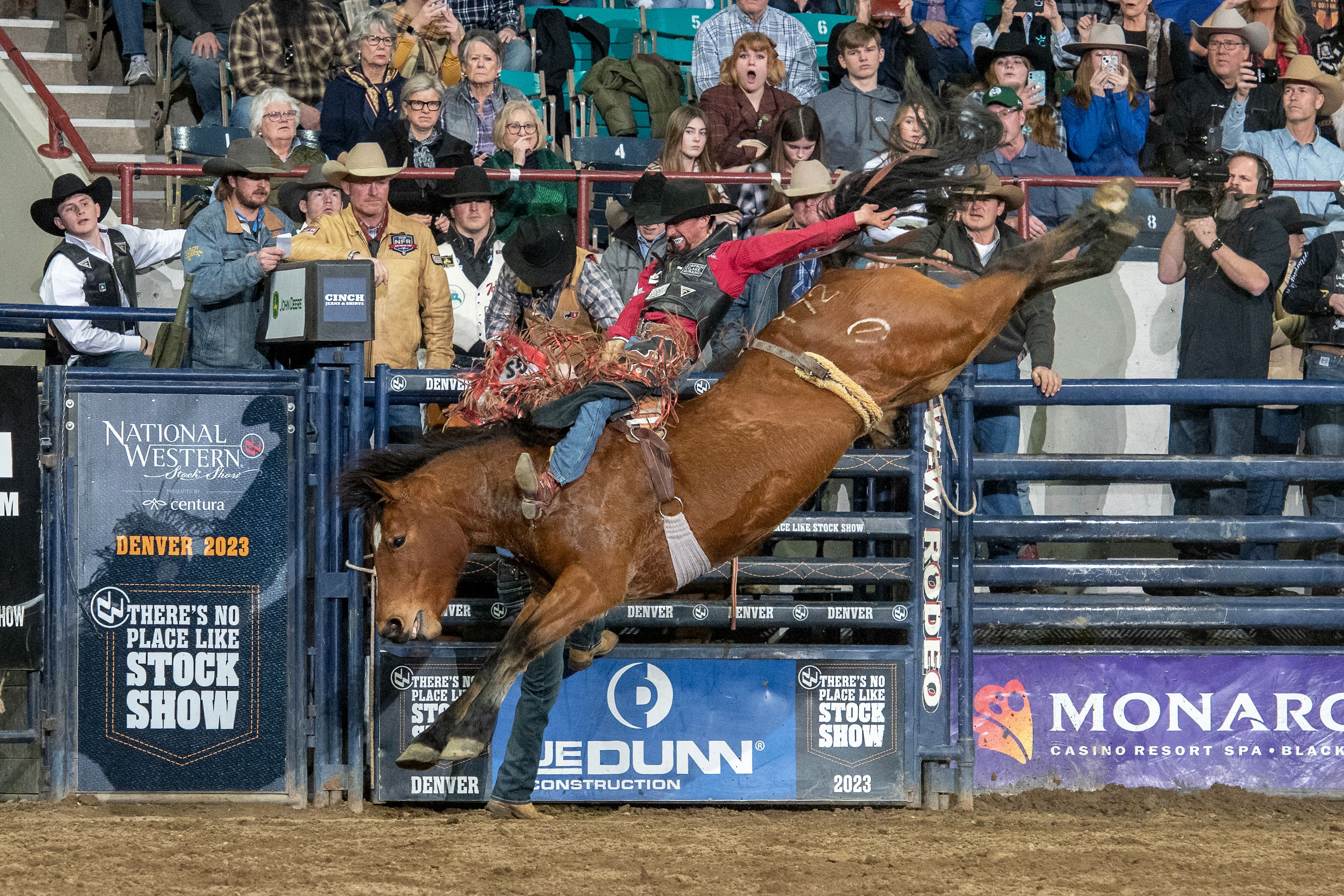 DENVER, Colo. – Championship Sunday at the National Western Stock Show Rodeo presented by Centura Health came to a close in the Denver Coliseum.

The winners were crowned based on how well they did during Sunday’s rodeo with the highest scores and fastest times in each event leaving as the champion. A sold-out crowd saw outstanding performances in each event.

Clay Smith and Jake Long have each won team roping titles in the Denver Coliseum, but the one in 2023 was the first that they earned together. They had a picture-perfect run at 3.9 seconds and left here with $6,821 each.

In the Women’s Professional Rodeo Association, the win went to McDade, Texas, barrel racer Jimmie Smith and no one was more surprised at the outcome. Smith barely advanced to the semifinals out of her bracket, then was in the last spot to get to the finals.

Riding her mare A Valiant Nicky “Nicky” she stopped the clock in 14.83 seconds, the fastest run of the whole rodeo. Smith-Tew has ridden Nicky at outdoor rodeos most of the time, but with her success here, she may be changing her mind. They earned nearly $5,000.

Stetson Wright added his name to the list of family members who have won here when he rode Cervi Brothers Rodeo’s horse named Ed Bishop for 90 points. His father, uncle and older brother all have their names in the National Western history books.

Other winners were Jace Melvin, from Fort Pierre, S.D., in the steer wrestling, Riley Webb, from Denton, Texas, in the tie-down roping and Bryce Burnell from Sheridan, Wyoming in the bull riding.

Plans are already underway for the 118th National Western Stock Show in 2024, the best 16 days in January.