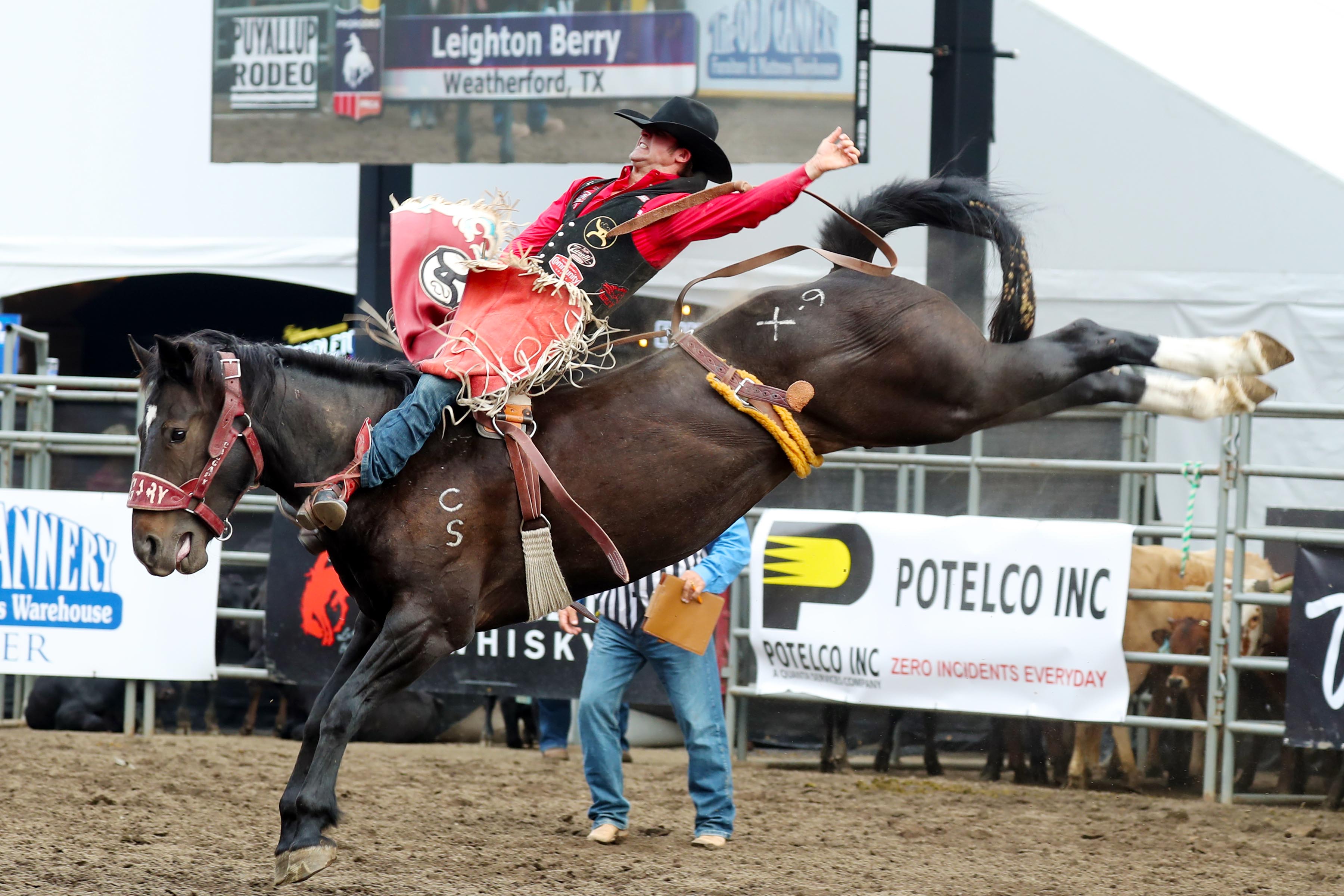 PUYALLUP, WA – It was Sunday funday at the Cinch Playoffs at the Puyallup Rodeo for nine rodeo contestants.

The field was narrowed from 24 contestants down to a final four who competed for the championships. The highlight of the day belonged to Leighton and Layton. While it sounds like a great name for a law firm, it really belongs to the top bucking horse riders of the day, Leighton Berry and Layton Green.

Layton Green of Millarville, Alberta, was the saddle bronc riding champion, thanks to another horse from Calgary Stampede. The horse named Zoaria Hills took Green to the win with an 87.5-point effort. It also got him a voucher to use towards the purchase of a new RAM vehicle as the high-money earner of the whole rodeo at $18,850. Berry finished second in that category with $18,325.

Jordi Edens of Gatesville, Texas, had one of the biggest wins of her career at the Washington State Fair, home of the Puyallup Rodeo. Edens took home $15,700 for her 2.8-second run in the breakaway roping. She was the final roper to in the group of four and had watched her fellow competitors come up short twice, then Beau Peterson of Council Grove, Kansas, stopped the clock in 3.7 seconds. Edens knew she had to be faster than that and capitalized on her opportunity.

At the start of the Puyallup Rodeo, she was in 13th place in the Women’s Professional Rodeo Association world standings. The win here will have secured her a spot in the National Finals Breakaway Roping in Las Vegas next December where she could leave with a gold buckle as the world’s best.

Steer wrestler Stetson Jorgensen qualified for the Cinch Playoffs in first place and left in the same position. Jorgensen, from Blackfoot, Idaho, stopped the clock in 3.9 seconds to win $13,000 on Sunday. He was just one-tenth of a second faster than the men in second place, Dakota Eldridge from Elko, Nevada, and Kyle Irwin from Robertsdale, Alabama.

The bulls were more successful than the final four riders. Trey Holston, of Fort Scott, Kansas, was declared the champion based on him having the highest score in the semifinals.

The Washington State Fair continues through September 25th with a variety of entertainment options, agricultural exhibits and fun activities for the whole family.

The following are unofficial results from the Cinch Playoffs at the Puyallup Rodeo, part of the Washington State Fair. Payoffs are subject to change.

Acclaimed in the arena