Roping for the Riches: The Inaugural Riata Buckle Event

Breaking it Down with Speed Williams

The Challenges of Teaching My Son to Head 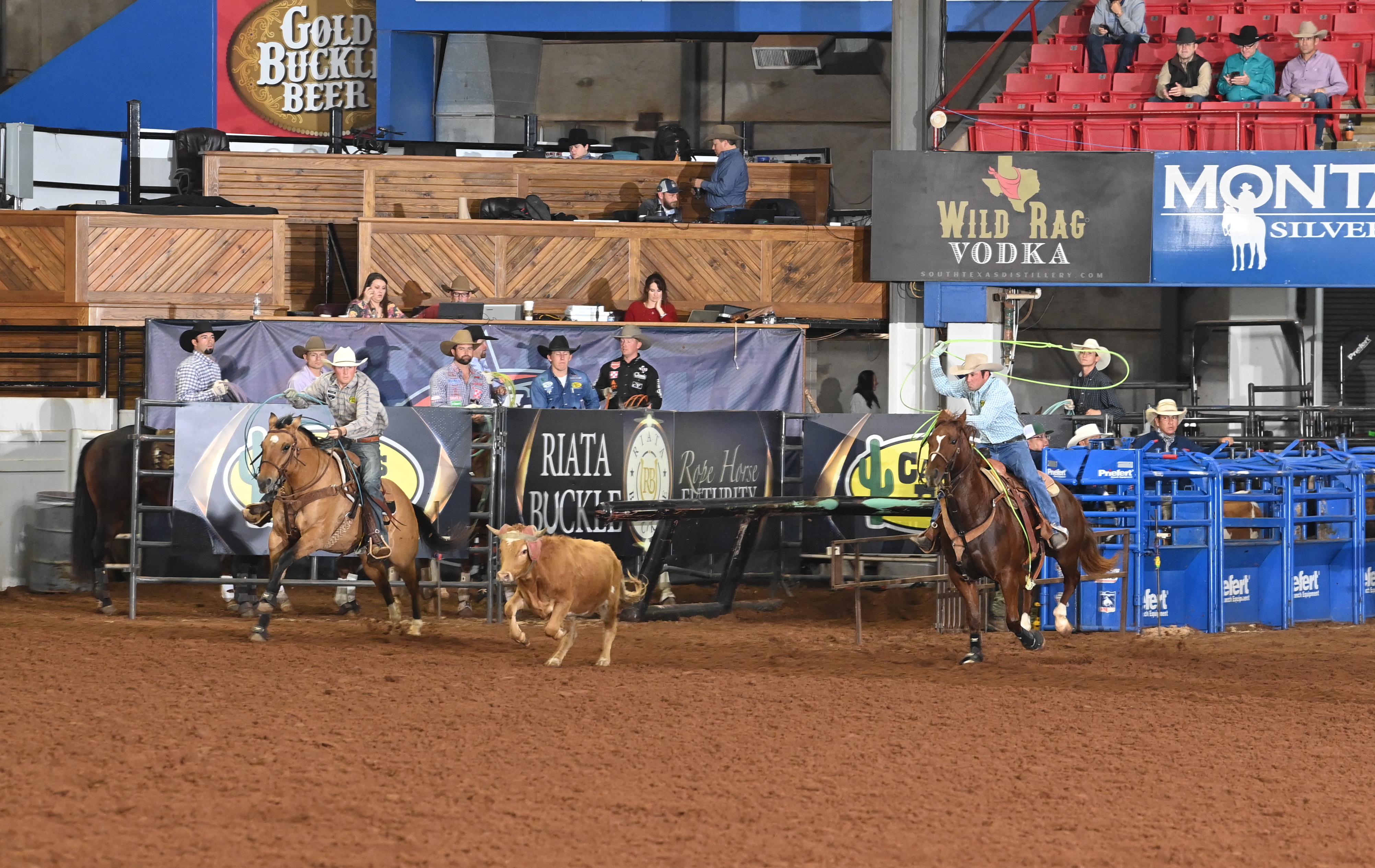 Roping for the Riches: The Inaugural Riata Buckle Event

To kick things off, breakaway ropers were after a $100,000 payout in a 2D Futurity, Open 3D, and Youth Incentive available only to Riata Buckle Eligible Horses. The 2D Futurity paid three holes in each division in each round, plus four in the average, but it doesn’t stop there. Breeders and stallion owners of each average place winner also earned a payout.

Cassidy Boggs and her 5-year-old gelding, Bet Hes Classified, won the first-ever Riata Buckle Futurity with a time of 6.24 seconds, earning her $3,280. She rolled that time to the Open, winning that roping as well, earning $5,880. Bet Hes Classified, by Bet Hesa Cat, is owned by Sterling Smith, and was bred by GHC Land & Cattle Company.

In the team roping, things heated up fast for ropers after $400,000 in the Pro Futurity. In the end, it was Colby Lovell and Dakota Kirchenschlager who split $102,650 at the top. The team went 39.55 seconds on five head to win the roping, both riding horses by Riata Buckle Stallions.

More like this: GOTTA RIATA: Riata Buckle Roping to payout $2 million in November

Heading into the short round of the 12.5 All Age, competition looked tough with only a 5-second split. Kirby Blankenship and JD McGuire came out on top, earning $69,000. Both ropers had never ridden their horses before the Riata, but that didn’t stop them from roping four head in 31.25 seconds and earning the championship title. Blankenship’s mount, Twisted Hickory Time by Hickory Holly Time was the nominated horse of the team, earning DT Horses a nice payout.

The #12.5 Futurity was a bit of a mixed bag. In the end it was Bo Crutchfiled and Chris
Littlefield riding horses by Seven S Big Valley and Bold And Beautiful. The pair split a purse
of $70,000.

The 10.5 Futurity was a little soft with 42 as the short round cut. Brooke Wilson and Tripp
Townsdeld rose to the occasion though, finishing with a total time of 35.76 seconds on four head. The team split $71,000, and Tounge River ranch earned a purse for the breeding and Stallion payout from Townsends mount, which is a son of PEPCID.

Here is a look at the top five stallions of the inaugural Riata Buckle Event:

Full Results can be found on the Riata Buckle website.

The Challenges of Teaching My Son to Head