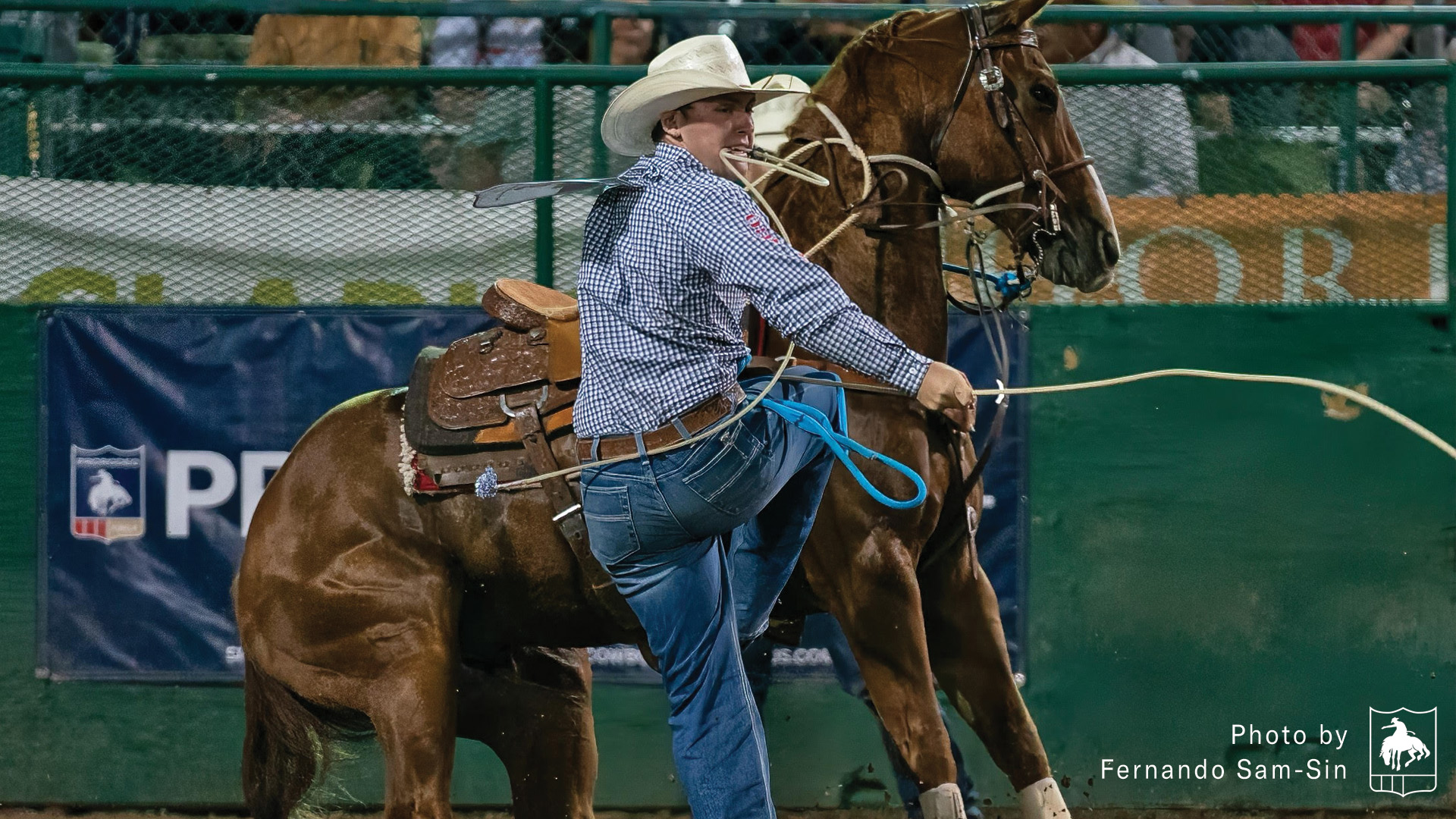 RENO, NV (PRCA) – Before tie-down roper Riley Webb joined the PRCA in 2022, he came with plenty of hype.

In this his rookie season, Webb, 18, has looked like a savvy veteran.

That was never more apparent than Saturday night.

Webb clocked an electric 7.8-second run in the finals to win the prestigious Reno Rodeo with a 25.7-second time on three head.

“It hasn’t even sunk in yet,” Webb said about his huge win. “You just have to show up every day and do your job. I have been very successful at a young age and have been very blessed. I was blessed to be here and this was a huge win in Reno that will set up the rest of my summer.”

Webb earned $16,479 in Reno, which was a key stop on the NFR Playoff Series presented by Pendleton Whisky. Entering Saturday night, he was leading the Resistol Rookie of the Year standings in tie-down roping and was 21st in PRCA | RAM World Standings with $27,417.

“I was trying to just make a smart run and that went out the window when I went too soon,” Webb said. “I pulled and they yelled out and I had to rope fast, and it all worked out. I really wasn’t trying to go that fast. It all came together tonight.”

Webb was quick to credit his horse, Titus.

Although Webb came to the PRCA with quite an impressive resume, he stayed grounded once he bought his PRCA card to compete against the best tie-down ropers in the world.

“At a young age I have been putting myself in this position,” Webb said. “I have been going to big open ropings and open jackpots to try and better myself when this day came. I’m just very blessed to have the opportunities God has given me.”

Webb acknowledged winning Resistol Rookie of the Year and qualify for the Wrangler National Finals Rodeo are two of his most immediate goals.

“I just have to go out there every day and give it the best I have got and let it fall where it needs to be,” Webb said. “There aren’t even words to explain how I would feel if I made the NFR this year. I have roped so many calves in my living room pretending I was at the NFR when I was growing up. My mom and dad had to come take the tying dummy and stuff away from me because I was roping until 2 in the morning in the living room. There are no words to explain what making the NFR would mean to me.”

Celebrate the Fourth of July at Black Hills Roundup