Barrel racer Hailey Kinsel takes another victory lap in Round 3

What the horse wants, it gets 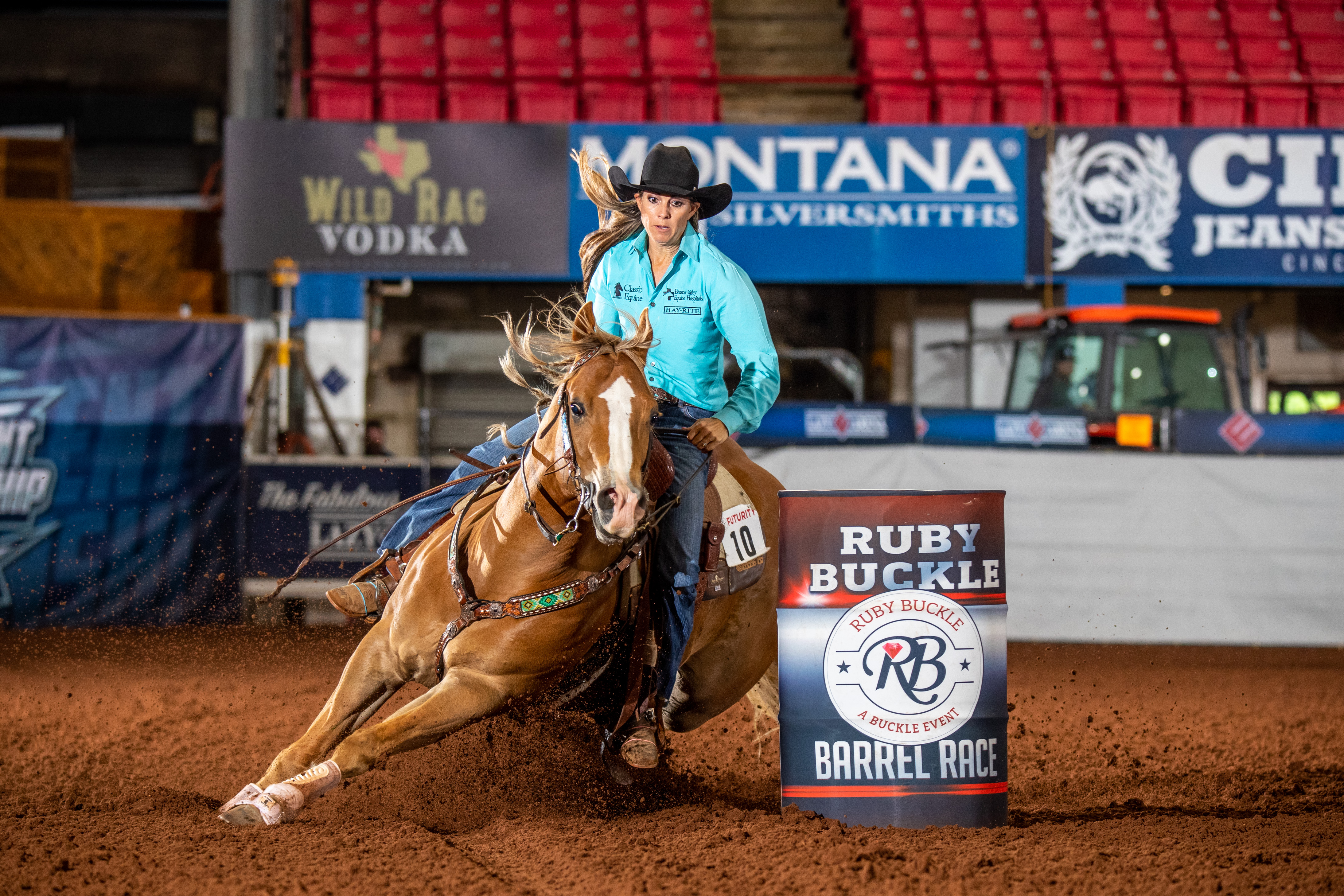 Dublin, Texas trainer Kassie Mowry left Guthrie, Oklahoma after the conclusion of the Ruby Buckle Barrel Race Open 4D and Futurity with some deep pockets. The leading futurity rider collected $89,605 at the $1million Ruby Buckle event aboard four horses: KL Touch Of Heaven, Sir Epic, Force The Goodbye, and CP He Will Be Epic.

KL Touch Of Heaven won the biggest chunk of the $89,000 after winning the futurity, banking $41,188, and $10,157 after finishing fifth in the open aggregate for total earnings of $51,345. Owned by Mowry and bred by Mowry’s longtime friend Karma Loftin, the talented gelding is by JL Dash Ta Heaven and out of Loflin’s champion producing mare Junior Country Girl by Deep Note Jr.

Florida-turned Montana trainer, Sabra O’Quinn and 8-year-old gelding Slicks Lil Amigo topped the $650,000 guaranteed open. They raked in a total of $25,595 for their esteemed efforts. With O’Quinn on board from day 1, Slicks Lil Amigo “Amigo” became one of Slick By Design’s first superstars. Slicks Lil Amigo has total lifetime earnings close to $250,000- winning at all levels from aged events to pro rodeos. Slicks Lil Amigo is out of Bully Bullion daughter Bough Chicka Wowwow out of Rockette Ta Fame by Dash Ta Fame.

In the youth, it was Dusky Hall and VF Eyesa Famous who stole the show. The dynamic duo won both rounds of the youth, the youth average, fourth in the 1D in round 1 of the open, and sixth in the open 1D average. The pint-sized cowgirl and her protective steed stole the hearts of all spectators at the Ruby Buckle after winning almost $10,000 for their extraordinary efforts. VF Eyesa Famous is by Eddie Stinson and out of Eyesa Bad Girl by Eyesa Special.

The Art of Nutrition Science with Woody’s Horse Feed