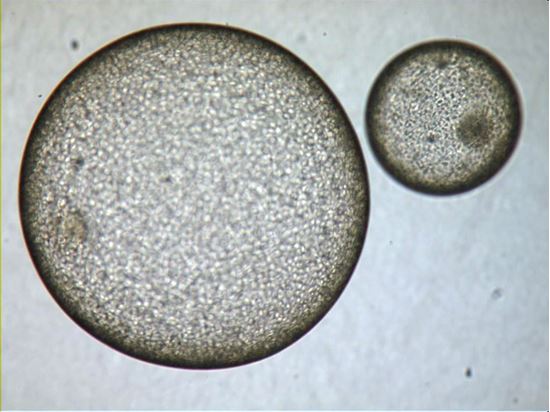 Breeding season might seem like pure madness to an outsider, but seasoned stallion or broodmare owners probably know many of the ins and outs that keep an operation organized and successful.

With all the different breeding options, it might seem like there’s no way a new owner could choose the best plan of action for their first breeding season. According to Dr. Pat McCue of Colorado State University’s equine reproduction program, it mostly depends on what’s best for your mare.

“It’s a very busy program between mares giving birth, breeding mares, flushing embryos, collecting semen from stallions and all the while teaching both undergraduate students and veterinary students the ins and outs of equine reproduction,” Dr. McCue said.

CSU stands their own stallions as well as privately owned studs. Stallions for the public may stay at the facility for an entire breeding season, or just come to be collected depending on their manager’s choice. Not only does CSU collect and preserve semen for breeding, but they also offer diagnostics on problem stallions who may have

issues with fertility or semen collection. After a stallion is collected, semen can be used while fresh to inseminate a mare, cooled for transportation or frozen to be preserved and used at a later date.

“Owners really should consider freezing semen from young stallions for storage in the case of the unexpected loss of a stallion,” Dr. McCue said.

“For many stallions their pregnancy rates with cooled semen is almost identical to that of fresh semen,” Dr. McCue reassures.

Determining how to transport semen to the mare depends almost entirely on the reproductive status of the mare.

When a mare comes into heat, the period of estrus will only last four to five days. She would typically ovulate on the third, fourth, or fifth day of estrus, and that’s when it’s best to breed.

At CSU, and many other facilities, mares receive ultrasounds while in heat to determine the best date and time of day to breed them. This can become extremely useful if a mare isn’t showing their heat well or has been challenging to breed in the past.

A more traditional way of breeding is for horse owners to expose their mare to the stallion for live cover every other day, beginning the second day she’s in heat.

“We would typically recommend an initial ultrasound exam two days after the mare comes into heat, ” Dr. McCue said.

Some mares may require an additional diagnostic test, such as a uterine culture before they are bred. The goal is to optimize the potential for a mare to become pregnant and carry a foal to term.

After all the diagnostics are done, and a mare is ready to be bred, semen may have to be shipped across the country depending on a stallion’s location. If the mare is likely to ovulate on the same day of a stallion’s collection schedule, semen can be cooled and shipped the same day. If she’s likely to ovulate the day after a stallion is collected, the semen can be cooled and shipped by overnight courier service and the mare inseminated the next day.

Throughout the mare’s entire heat, staff at the CSU lab will be in touch with the stallion’s manager to “pencil in” a collection of semen if the mare is getting ready. Then “confirm” if the manager should ship the collection to the mare.

After a mare is bred, she can continue to carry out a pregnancy and have a foal after the 340-day gestation. Or, the embryo can be transferred to a synchronized recipient mare.

Recipient mares are commonly used if the bred mare is still training and competing or if an owner wants multiple foals from that mare in the same year.

If the mare cannot be bred for some reason, her oocytes (eggs) could be aspirated (clinically removed from her ovaries) to be fertilized in a lab by intracytoplasmic sperm injection (ICSI), hopefully resulting in an embryo that can be transferred to a recipient mare or cryopreserved to be transferred later.

“That’s becoming a more and more common procedure in general, over the last five to 10 years,” said Dr. McCue. “Where the technique has become most useful is for mares that have reproductive issues that affect their uterine health.”

CSU also foals about 70 privately-owned mares each spring. Mares will arrive about two weeks before their due date, and could stay until they’re bred again or both the mare and foal are ready to go home.

Over the course of about 5 months CSU manages all of this, while providing high quality education to many levels of students and the best care to horses at the facility.

Questions about the specificities of breeding and the right steps to take for your horses should be directed to your equine veterinarian.