South Dakota Athletes at the Top in Badlands Circuit Finals 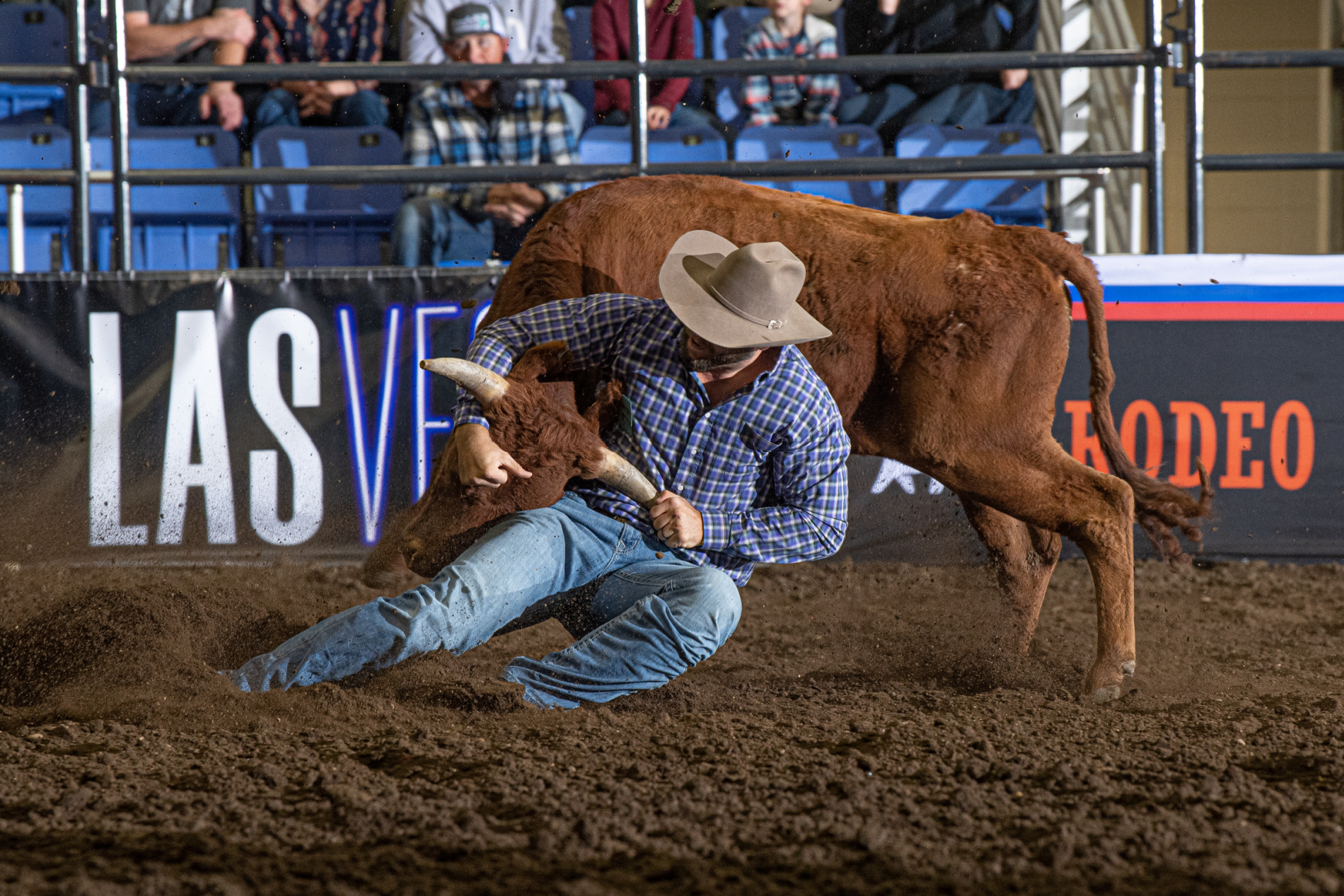 South Dakota Athletes at the Top in Badlands Circuit Finals

Nebraska’s Reed Kraeger is the number one man in the steer wrestling going into this week’s Badlands Circuit Finals Rodeo in Minot, N.D. This will be Kraeger’s fifth qualification to the championship rodeo for the Dakotas. Photo by Alaina Stangle.

Minot, N.D. – The toughest, most talented men and women in the Badlands rodeo world will be in Minot this weekend for the Badlands Circuit Finals.

And they’ll be competing at the Badlands Circuit Finals Rodeo, to prove who’s the best of the best.

The circuit finals, the crown jewel of pro rodeo for the Dakotas, takes place Oct. 14-16 in Minot at the N.D. State Fair Center. The top twelve in each of eight events will stampede into town, in hopes of winning the Badlands gold buckle.

For bull rider Jestyn Woodward, Custer, S.D., it will be his first trip to circuit finals.

The eighteen-year-old’s pro rodeo career didn’t start easily. After he made a qualified ride at his very first pro rodeo, he bucked off at the next dozen rodeos. By early July, his confidence was back and he began riding well again. The son of Jacey Woodward, the 1994 Badlands Circuit bull riding champion and a 2022 graduate of Custer (S.D.) High School, he will continue his pro rodeo career this fall, forgoing college.

In the saddle bronc riding, the leader, Cole Elshere, suffered a broken leg in July at Cheyenne (Wyo.) Frontier Days, and sat out till August. But the Faith, S.D. man had won enough money to hold on to the number one spot, till he returned.

“I had a really great Fourth of July run, so I took a pretty good lead.” This is Elshere’s thirteenth circuit finals qualification; he loves coming to Minot.

“We have a great time there,” he said. “Everybody brings their families and we hang out for three days. At the hotel, we spend a lot of time at the pool. The kids play together, and we enjoy a few days off.”

He also loves the caliber of bucking horses the Badlands Circuit offers.

More like this: What the horse wants, it gets

“The Badlands horses are just phenomenal. We have such a great selection of horses to pick from. That makes it fun, too. We get to get on great horses for three performances in a row.”

This marks the seventeenth time the Buffalo, S.D. cowgirl has qualified for a circuit finals (including four times in the Great Lakes Circuit). She’ll be aboard the phenomenal mare Fiery Miss West, “Missy,” an eleven-year-old palomino who has four times been voted the Women’s Pro Rodeo Association Barrel Horse of the Year. At the eighteen Badlands rodeos Routier rode Missy at this year, she won money at sixteen of them, which speaks to the horse’s consistency. “She just likes her job,” Routier said.

In the steer wrestling, a special horse has gotten Nebraska cowboy Reed Kraeger to the top of the standings. Kraeger, of Waco, Neb., didn’t think he would ride his horse, Tyco, after the sixteen-year-old gelding came down with pleuropneumonia in July of 2021. After two months spent at Kansas State University’s veterinary clinic and seven different medications, veterinarians finally found a human medicine that helped him heal.

“I couldn’t be more tickled,” Kraeger said, of his horse’s recovery. “We almost lost him. I knew he had the heart” to overcome the illness.

Kraeger has rodeoed with two other steer wrestling Badlands contestants, Logan Lemmel and Cyler Dowling, hazing for them and offering rodeo advice when needed. This is Lemmel’s first circuit finals qualification, and Kraeger takes pride in knowing he helped get Lemmel to Minot.

“I’m more excited about getting Logan to his first circuit finals,” he said, “and how excited Logan was about it.” Kraeger’s wife, Rebekah, and their son and daughter will travel to Minot to enjoy the weekend.

The Badlands Circuit Finals takes place in Minot at the N.D. State Fair Center. Performances begin at 7 pm on Oct. 14-15 and at 1 pm on Oct. 16.

Tickets are $20 for adult general admission and $10 for kids ages 3-12. Gold buckle seats, the five rows closest to the arena floor, are $30 for all ages. Tickets can be purchased online at RodeoMinot.com and at North Country Mercantile in Minot (2000 20th Avenue SE).