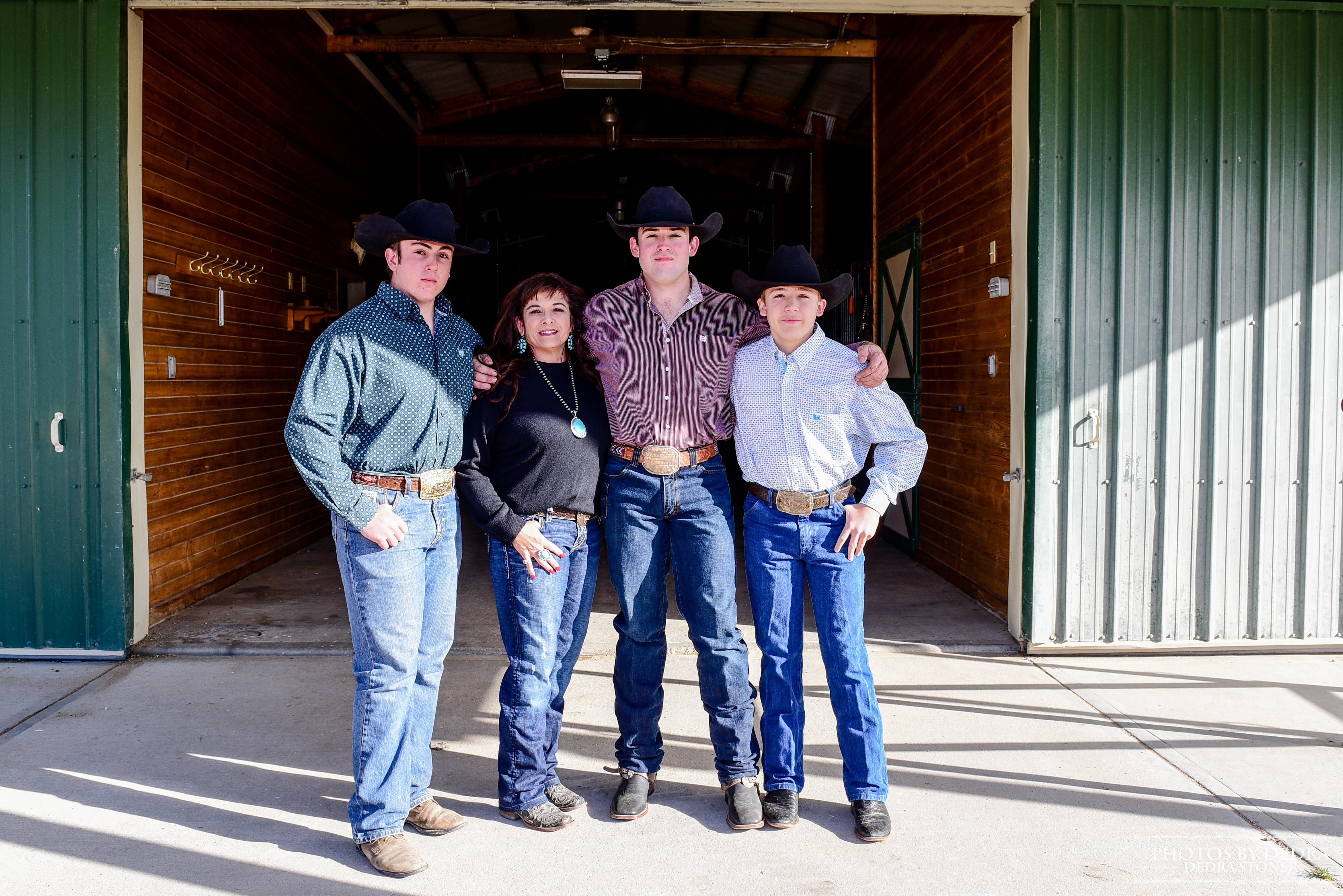 Fulton Performance Horses was once a dream to Brian & Lisa Fulton, but in 2022 Lisa and her sons carry on a legacy in the industry.

Brian and Lisa Fulton used to say that they would be 99 years old before they found the stallion that they were looking for, but in 2004, they bought A Streak of Fling. Thus, they came home with the foundational stud around which Fulton Performance Horses was built.

Only one other factor played such a key role in building their program from the ground up, and that was Brian’s horsemanship, according to his widow, Lisa. “There’s certain people that have that innate horsemanship that is born into them,” she says. Now, her oldest son, Jake, is using his father’s wisdom and–perhaps genetic–horsemanship to start their performance horse prospects.

Brian Fulton was a dominant timed-event competitor in the Badlands circuit for two decades. He won 12 all around titles, six in steer wrestling, and one in tie-down roping. He qualified to the National Finals Rodeo both as a tie-down roper and a steer wrestler. His rodeo contacts throughout the United States has led, and continues to lead them to their foundational mares, interns, ranch hands, loyal clients, and lifelong friends.

Picky as he was about choosing A Streak of Fling, or “Streaker,” one can imagine that Brian had difficulty finding the perfect horse to compete on in the PRCA. One of his most memorable horses was Mr Bar None Cactus or just “Cactus,” which he rode at the NFR. Later, his goal as a breeder was to make it easier for elite competitors to find those good, young horses. “The reason that we bought Streaker, is because for all the years that Brian was on the road rodeoing, he just couldn’t find the prospects out there that he really wanted,” Lisa said. Brian retired from rodeo in 2001, and they decided to raise the diversified arena prospect which he sought.

A Streak of Fling is perhaps best known for his progeny’s success in barrel racing, but his offspring are very well established in all events. “From the very start, Brian and I gave some breedings to some very key people,” Fulton said. The following three horses certainly come close to Brian’s dream for producing prospects:

Brian and Lisa worked side by side for all of their marriage, raising and selling horses. According to Lisa, she was the marketer, and Brian was the horseman. “I can’t tell you how much I’ve stood behind those boxes and how much I’ve learned over the years,” says Lisa.

Brian died in 2015 after a long struggle with brain cancer. It was an inestimable loss to the world of rodeo, the breeding community, and the Fulton family. “When he passed, I knew what people were thinking: ‘How the hell is that program going to survive with her running it? I had a real uphill battle for about five years. I fumbled through a lot of ins and outs to get where we are today,” Fulton said. “It finally came all together when both my older boys came home. Jake graduated from the University of Wyoming and Jared served for four years in the US Army. They complement each other on the work they do together her at the ranch plus John Lloyd at 16 is bringing up the tail end with aspirations of being the family accountant. We could make a plan and put it all together. They knew what their dad liked.” Jake and Jared were 20 and 17 when their father passed and John Lloyd was 9, and they had enough experience with him to help carry on his legacy.

As a Native American, Lisa believes in the circle of life, evident in the many aspects of their lives that have come full circle. She believes the key to maintaining a successful breeding program is combining years of wisdom and experience with a youthful perspective, which is why she, her three sons, and their interns all have a place at her “round table.”

Fultons offer breedings to A Streak of Fling, CS Flashlight, A Dash to Streak, and Flingin Jameson. See www.fultonranch.com for more information.