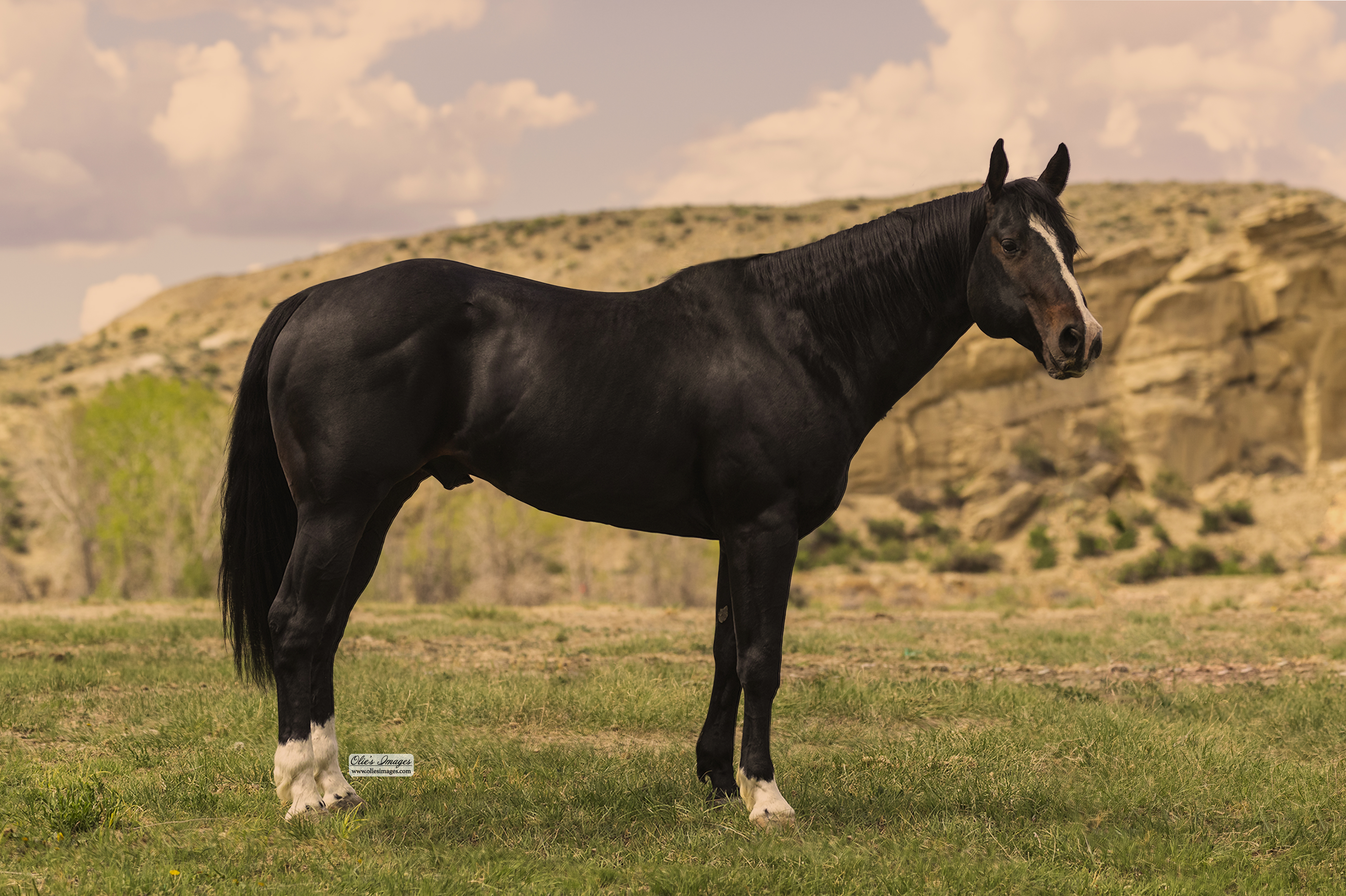 Not many people have been in the market for a mare or gelding and found themselves buying a stud, but that is just what happened to the Kremer Family of Powell, Wyoming.

Doug and Lacey Kremer bought Mr Buddy to You for their 16-year-old daughter, Audrey, after he was foaled in 2015. The family chose him largely for his pedigree. Buddy’s sire, Mr. Sunolena Letters, has more than $12,000 in EquiStat earnings, mainly in the roping pen. Under the ownership of Smith Performance Horses LLC, he was ridden by Josh Armstrong in the reining pen, JD Yates in the roping, as well as a few others.

The family later purchased Sweet San Robin, Buddy’s dam. At the time Buddy was born, the Smiths weren’t ready to let go of both the broodmare and foal.

“That’s just really good old-timey San Peppy and Doc Bar breeding,” said Lacey Kremer, “how can you not like it?”

As Buddy grew up and started training, the Kremers considered gelding him.

“Buddy is the one who sold us on him being a stud,” Lacey said.

Buddy grew mentally and physically and never caused a problem. They started him as a two-year-old and began using him to help their friends brand or gather. Although they sold their cattle operation, the family believes that any horse can benefit from long days of work on a ranch.

As the brown colt started to show some talent as a calf horse, the Kremers sent him to Bryce Bott to begin some more serious training. Within a month, Buddy was being hauled to the Cody Nite Rodeo and later some PRCA rodeos.

The Kremer family mainly ropes, but being involved in Wyoming High School Rodeo Association has led Audrey to do more barrel racing and some reined cow horse events to be eligible for all-around awards.

“If there is not a cow in the arena he doesn’t see a purpose in him putting out the effort, he just gets bored,” Lacey said of trying to do barrels or other events on Buddy.

Audrey and her father Doug both rope on Buddy now, but he’s mainly Audrey’s mount when he’s not in the breeding barn. Buddy has attended countless high school rodeos as

Audrey’s breakaway horse. They’ve hauled him to the Jr. Patriot, and he carried her to the short go at Vegas Tuffest Jr. World Championships in 2021. Bott rode him to the pay window as the reserve champion calf horse during the Royal Crown calf roping derby in February of 2022.

“She relies on him a good part of the time because you don’t have to worry about what the best way to warm him up is going to be, you just have to go do your job and you know he’s going to do his job every time,” Lacey said.

With so much success early in his career, the Kremers just couldn’t bring themselves to geld him. They haul him all over the place with any of their other horses and never have any issues. In the off months, they even pasture him with some of their geldings.

“We have to tell people he’s a stud when we go places, nobody realizes it with his calm demeanor,” Audrey said.

At one high school rodeo, the family decided it would be safe to keep Buddy in their travel panels with another gelding. It was working fine until Buddy stuck his head through one of the panels and pushed it to break. The young stud calmly backed out of the situation and walked away, to the neighbor’s trailer. There he was found eating their hay, while their mares made every effort to flirt with him.

“I don’t know which he likes more, food or calf roping,” Audrey said.

Buddy is an easy family favorite and has let Kremer’s 11-year-old daughter Mary ride him in English tack around the pasture at home.

His oldest foal crop is 3 this year and the Kremers are excited to see what they’ll bring to the table. So far, they’ve retained his trainability. Kremers are mostly breeding Buddy to cow horses, but one of their favorite crosses on Buddy is a running-bred mare by Lucky Aces N Eights.

“Just that little bit of run from her crossed on Buddy’s cow sense is a really good cross,” Audrey said. “They have Buddy’s mind, and they’re so athletic you can just do anything you want to with them.”

When looking at breeding prospects, obviously size is a factor. The Kremers use all of their young horses for ranch work at some point, so their bodies have to hold up. Buddy stands at a tall 15 hands 2 inches and weighs

at least 1200 lbs. Although the Kremers have big broodmares, they don’t worry much about the size of Buddy’s offspring.

Buddy is currently standing at Cody Veterinary Hospital but doesn’t spend too much time there. Last year, the Kremers hauled Buddy the 20 minutes from their property to the Veterinarian. This year, they’ve installed a dummy on their facility and one of the vets from Cody has agreed to collect him at home. All of the breeding work will still be done by a vet and up to standards, Buddy will just be spending less time in the trailer. They hope this will be better for the horse’s long-term health as well as the service to those who purchase breedings to Buddy.