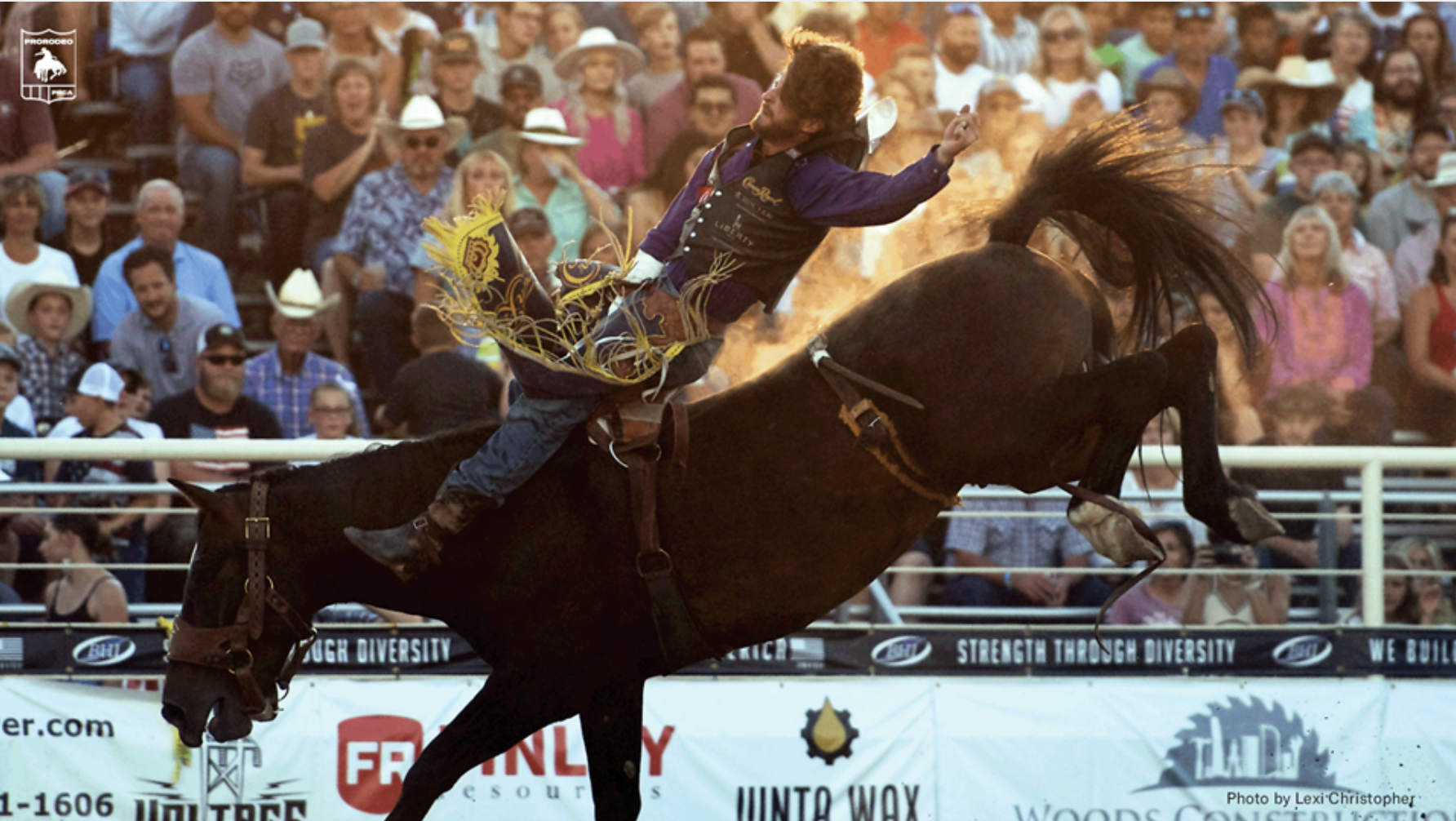 There’s nothing quite like getting on a horse for the first time. But rodeo cowboys are nothing if not resourceful, and just seeing such a horse – or even hearing about it – can be a huge help.

“I’ve never been on him. I’ve just seen him,” Hooper said. “That’s one of Powder River’s more consistent horses. You know what you’re gonna get, and you just have to do your job.”

Hooper did just that on the final night of the Roundup registering an 86.5-point ride to top a solid group of cowboys and pocket a first-place check of $3,913 at the NFR Playoff Series stop presented by Pendleton Whisky.

“He bails out of the chute and kind of rolls around the post,” Hooper said in describing the expected ride, though he noted it was a little bumpier than anticipated early on. “It was kind of a wild start, and then when he scooted out there, he took me right where I wanted him to. I just had to go with every buck from there.

“He’s not the hardest horse I’ve ever been on, but he’s no day off either. He bucks well.”

That’s pretty much what Reiner told Hooper before the winning ride.

“Cole said, ‘You’ll like it and it’ll be fun.’ He was pretty dead-on with that,” Hooper said. “Still, I was kind of surprised that I won. So many things have to go your way to win first. You’re excited to have a horse like that, but you never know how it’s gonna go.

“I was fortunate enough to make a solid ride. It’s a huge blessing when you ride out in first place.”

“I feel like I’ve seen and done just about everything. I get confidence from my experience,” Hooper said. “I’ve just got to keep making solid rides and get every point I can out of every horse.”