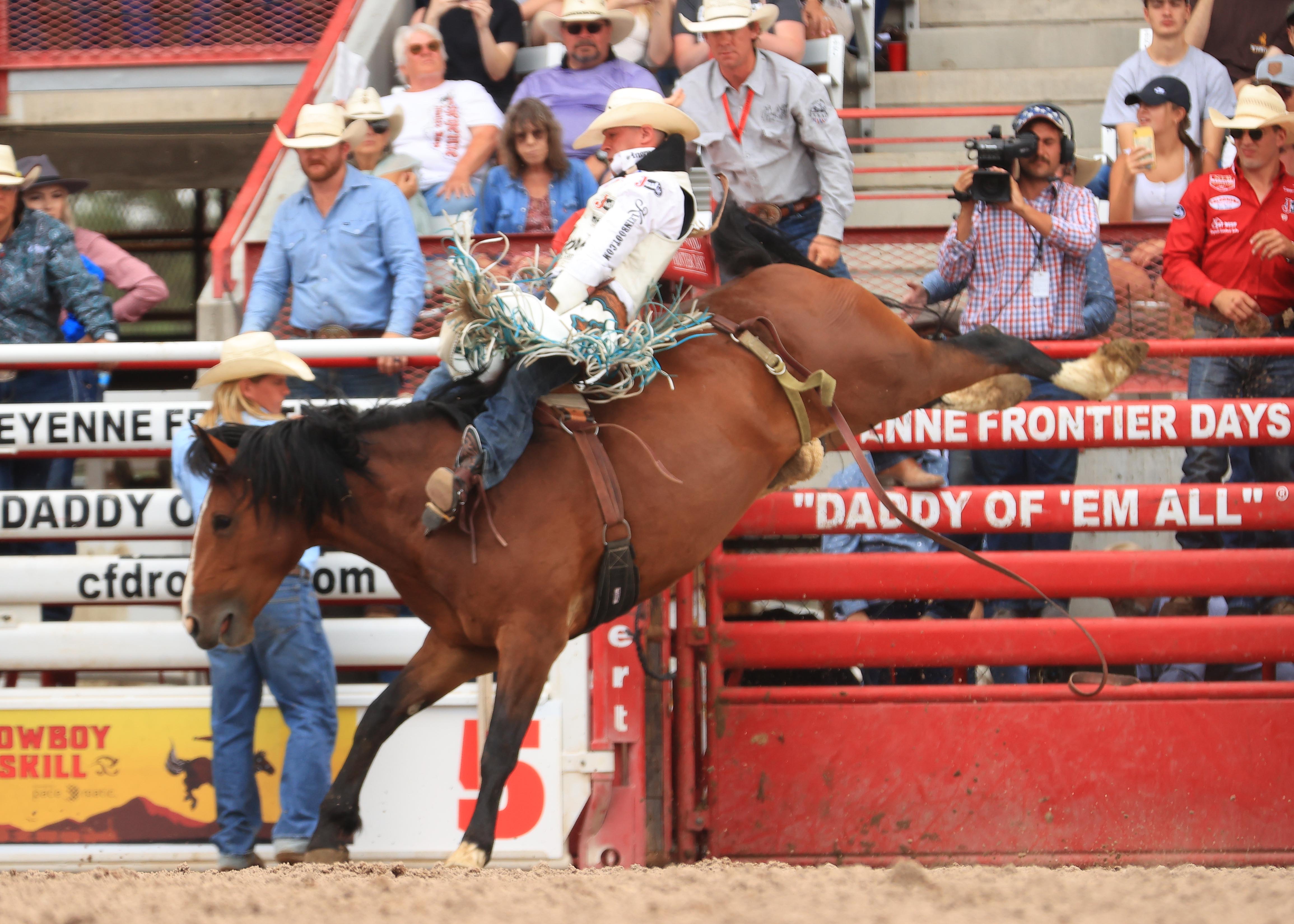 O’Connell said he suffered the injury during his 84-point ride on Calgary Stampede’s Cincy Whitney on Aug. 23 at the Horse Heaven Roundup Rodeo in Kennewick, Wash.

“I tore the ulnar collateral ligament,” O’Connell said. “I knew something was wrong because I felt it in the middle ride and if you feel anything after you get on a bucking horse it is bad. It doesn’t matter how tough a guy you are, if you have something happen and you feel that through all your adrenaline it is usually pretty bad. By the time I got my glove off my hand was starting to throb. The doctor at the rodeo looked at it and they scheduled for me to have an MRI (Aug. 24) and the MRI confirmed that I had a grade 3 tear of the UCL. I pulled it completely off the bone.”

O’Connell won three world championships from 2016-18 and is in position to qualify for his ninth Wrangler National Finals Rodeo.

“It was 50-50 if I needed the surgery or not,” O’Connell said. “It was either let it try and scar down for six weeks and have to be in a splint and see if my thumb would hold. It could have scarred in the wrong position and been loose. They call this injury ‘Skier’s Thumb’ because this injury happens to skiers a lot. So, to me it was the same recovery time and either way I was going to be done for the regular season. I started calling around to my really good doctor friends like Tandy (Freeman) and others and we found a really good hand specialist in Austin, and he said he would get me in Friday morning, and he did and the surgery went great.

“Luckily, I have made the NFR already and all we were doing the next six weeks was shuffling for position. Everything I had read and been told I will be good to go by October.”

O’Connell said doctors will let him start moving his thumb in a week.

“I will probably have to protect my thumb with a different tape job than I’m normally use to and maybe an outer brace on my hand,” O’Connell said. “I think my thumb got caught on my chaps. The horse made a really big move to the left and then ducked back to the right. That’s only thing I can think of that would have pulled my thumb away from hand because I basically make a fist when I ride. Something would have had to get underneath my thumb to pull it away.”

Nearly a year ago, O’Connell missed the final six weeks of the season with a tailbone injury.