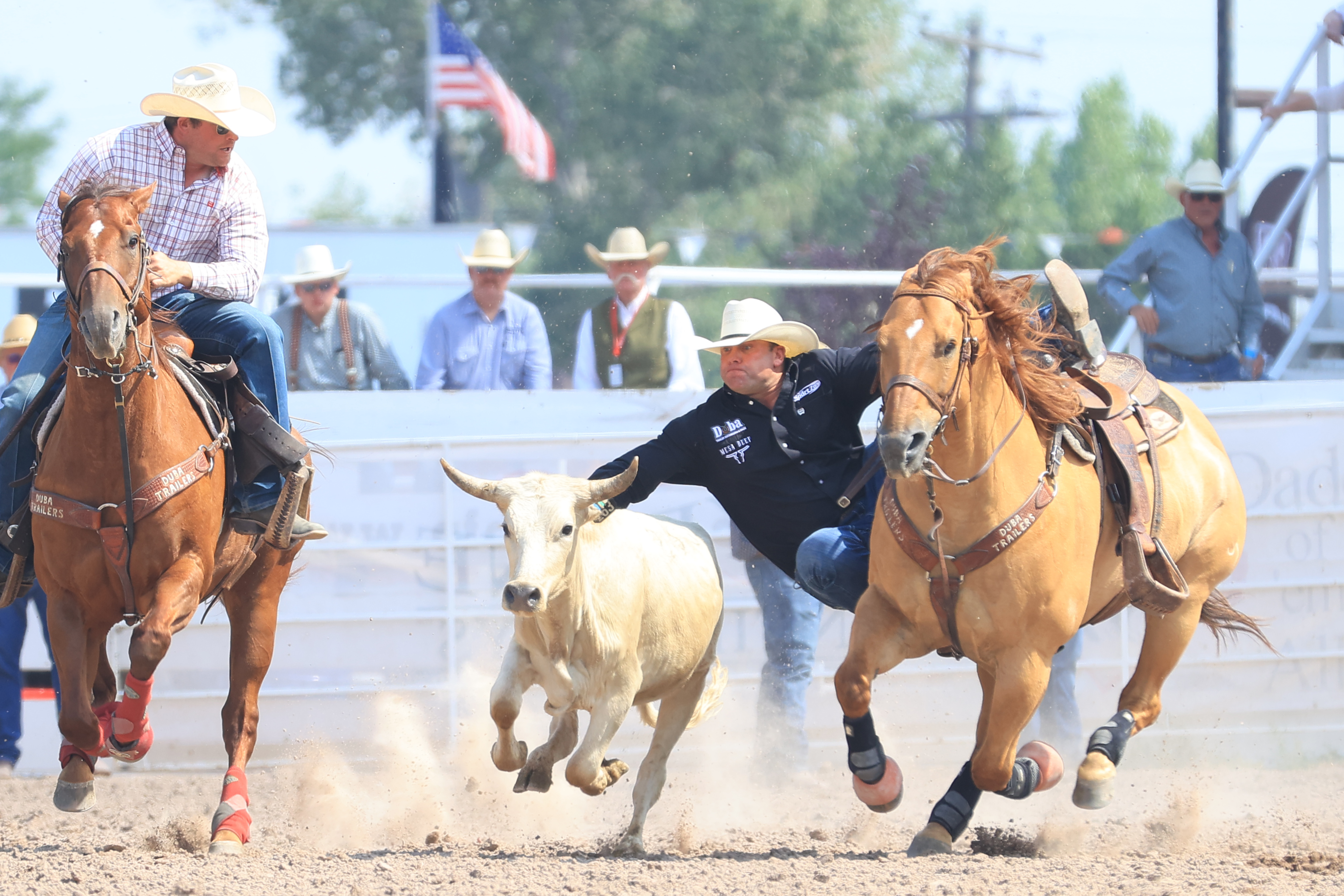 Trell Etbauer had a tall order to fulfill this year: he promised his seven-year-old daughter Rally that he’d take her to the Wrangler National Finals Rodeo this year if he qualified.

“We were watching the Finals on TV last year and she was wondering why we weren’t there,” Etbauer, 37, laughed. “She said she wanted to go, so I told her I’d try to make it this year and I’d take her.”

After clinching the win at the Magic Valley Stampede in Filer, Idaho, on Sept. 2, a stop on the NFR Playoff Series presented by Pendleton Whisky, the four-time Linderman Award winner is on the cusp of keeping that promise for his little girl.

Etbauer entered the weekend 15th in the PRCA | RAM World Standings, in a tough battle for the final positions into the Wrangler NFR, which only go to the Top 15 on Sept. 30. He delivered big in Filer, stopping the clock in a rapid fast time of 3.2 seconds.

Etbauer was aboard his outstanding all-around horse Corduroy, 17. Corduroy was a wedding present to Etbauer 12 years ago from his uncle Billy, the five-time PRCA World Champion saddle bronc rider. After carrying Etbauer in both the tie-down roping and steer wrestling for many years, Corduroy now specializes in the latter.

“He’s a pretty special horse to me,” Etbauer said.

In Filer, Etbauer took advantage of a good draw and got aggressive.

“I knew he was a pretty decent steer; they were 3.9 but broke the barrier on him,” he said. “In the second run (of the steers), the start got fast.”

“Bridger Chambers pushed for me. He got me a good start, I thought I might have broken it,” he said. “Sterling Lambert gave me a great haze.”

Chambers is also on the bubble for the Wrangler NFR, 17th in the world standings.

“It’s been a tight race all summer, just back-and-forth,” Etbauer said. “I mean, I want to do good but all the guys around me (in the standings) are my good friends and I want them to do good too.”

“Bridger was winning it before the redraw and he helped me out,” he continued of the famous camaraderie of the bulldoggers. “Cameron Morman let me ride his two good horses when Corduroy was sore.”

“I can’t thank everyone enough for all the help this year. My family and everybody at home taking care of things. Billy Boldon, my hauling partner, has hazed for me all year. Cody Woodward let us take his good hazing horse – that makes a big difference.”

Making his first Wrangler NFR would be special to Etbauer.

“It would mean quite a bit,” he said, noting that his famous family including World Champion dad Robert and uncles Billy and Dan, both NFR qualifiers themselves, are really pulling for him. “It’s going to come down to the wire.”

As for Rally, she, and little brother Ridge, 2, are waiting to see if they get that promised trip to Las Vegas in December.

“I remember all the good memories I have of being there with my dad and uncles when I was kid,” he said. “It would be great to get to take them out there.”