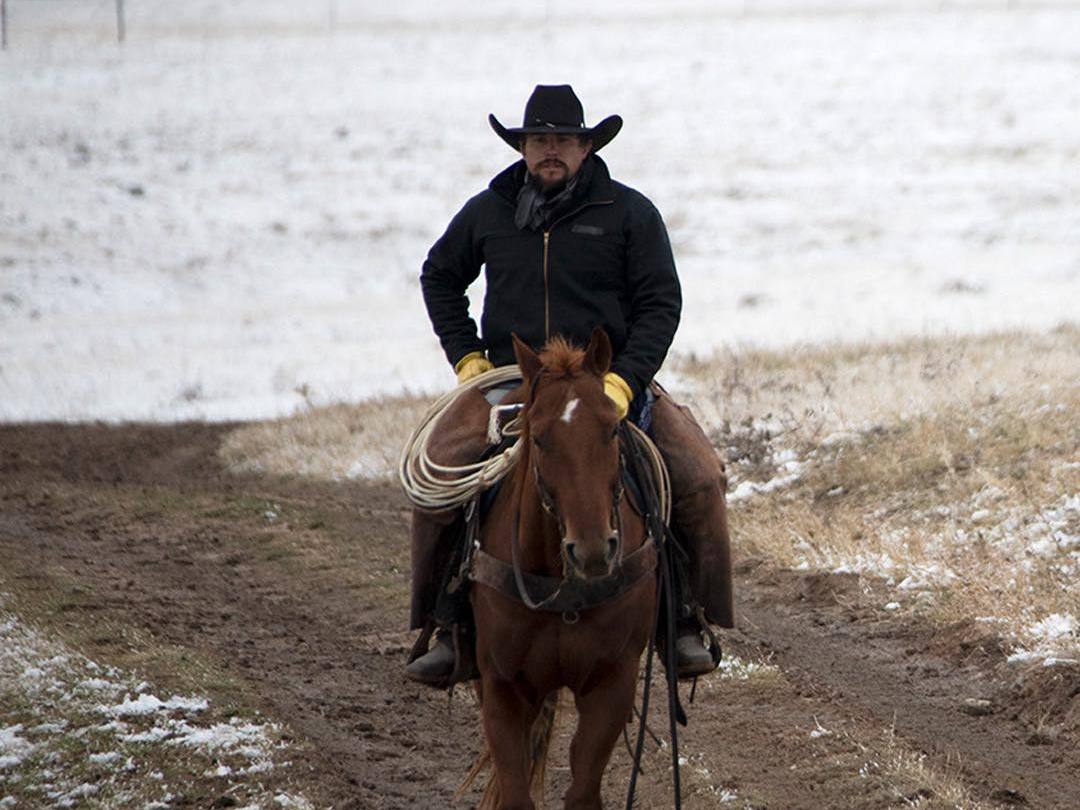 Hull, Texas cowboy Coy Melancon was the winner of Season Three ‘Ultimate Cowboy Showdown’, filmed on the Powderhorn Ranch, Douglas, Wyoming. The ranch is owned by the Diemer True family. The show is featured on the INSP television and entertainment network, hosted by Trace Adkins.

The contestants participated in various challenges, and were judged on their skills, knowledge, grit and passion. Members of the True family contributed to the challenge ideas, along with the Ultimate Cowboy Showdown producers.

“We considered what types of setups would test and showcase different angles of the contestants’ skills,” said Hailey True. “We also needed to design the challenges to be approachable enough that an audience not previously familiar with agriculture could grasp the objective and track what was going on throughout the episode.”

Melancon said the best challenge was also the worst. That challenge involved staying out all night tending a herd of cattle. “It was something I had never done. We go out and check cows here in Texas, but we don’t stay out with them. It was a great experience,” he said. “At the same time, it was cold and miserable, and was grueling.”

The following morning Coy and his horse Big John had a mishap. Melancon admits he was tired from a lack of sleep, when he and the horse ran through a little wash that had a soft bottom. Big John flipped over on Coy. “The first thing that hit was my face, and soon after that Big John came rolling over. It could have been worse than it was, but God’s grace and protection kept me and my horse safe.”

Coy originally planned to be on Season Two of the show. Unfortunately, he never got that application finished. The following year he saw an announcement for potential Season Three contestants. Melancon filled out an extensive application. He also had to provide three photos, a one-minute introductory video showcasing his skills, and a statement regarding why he deserved to win the contest.

The fourteen contestants were a diverse group. They ranged from “full-time cowboy to full-time Los Angeles art department and everything in between,” True said. “Putting that level of diversity in close quarters was a crockpot for potential tensions, but it went remarkably well.”

Melancon took two horses to the Showdown. His main mount was a foundation bred Quarter Horse named Big John. “He is a tough ranch horse with a huge motor and a big heart.” He credits Big John with winning the Horsemanship Immunity Challenge buckle, when contestants got to showcase their horse. “It was all Big John,” he said.

Big John is owned by Melancon’s friend Coby Elliot. He bought the horse as a two-year-old and did all the training. There was no question about Coy taking him when he asked to borrow the horse for the Showdown. He also took a second horse named Chicano, that he used for a couple of the challenges. “Chicano is one of those horse trader deals,” Coy laughed. “Another friend bought him as an eight-year-old. A year later they took him to the vet and found out he was really about sixteen.”

Melancon said the Powderhorn Ranch was an incredible place, as was the hospitality. The competitors slept in stalls in the horse barn. “They had a heater in the barn, and it stayed about 50 degrees, even when it was 16 degrees outside,” Coy said. “Some people didn’t like it, but I didn’t mind. It was better than sleeping in a tent outside!”

The contestant’s horses stayed in portable stalls. “They cared for their own animals,” True said, unless specific challenges prevented them from doing so.”

“We didn’t film every day,” Melancon said. On days off, the True family fixed home style meals for the contestants. “It felt like going home to Mama’s house!”

Melancon did not mind the Wyoming weather too much. “We would get up to snow in the morning, and by afternoon we would be working in shirt sleeves,” he said. The wind was a different matter. “No matter how many clothes you put on, the wind just cut right through. It was definitely a grit check.”

He has not spent the $50,000 Grand Prize yet. “I banked it for the future,” Melancon said. That future includes his family and children; three little girls and a boy.

Acclaimed in the arena