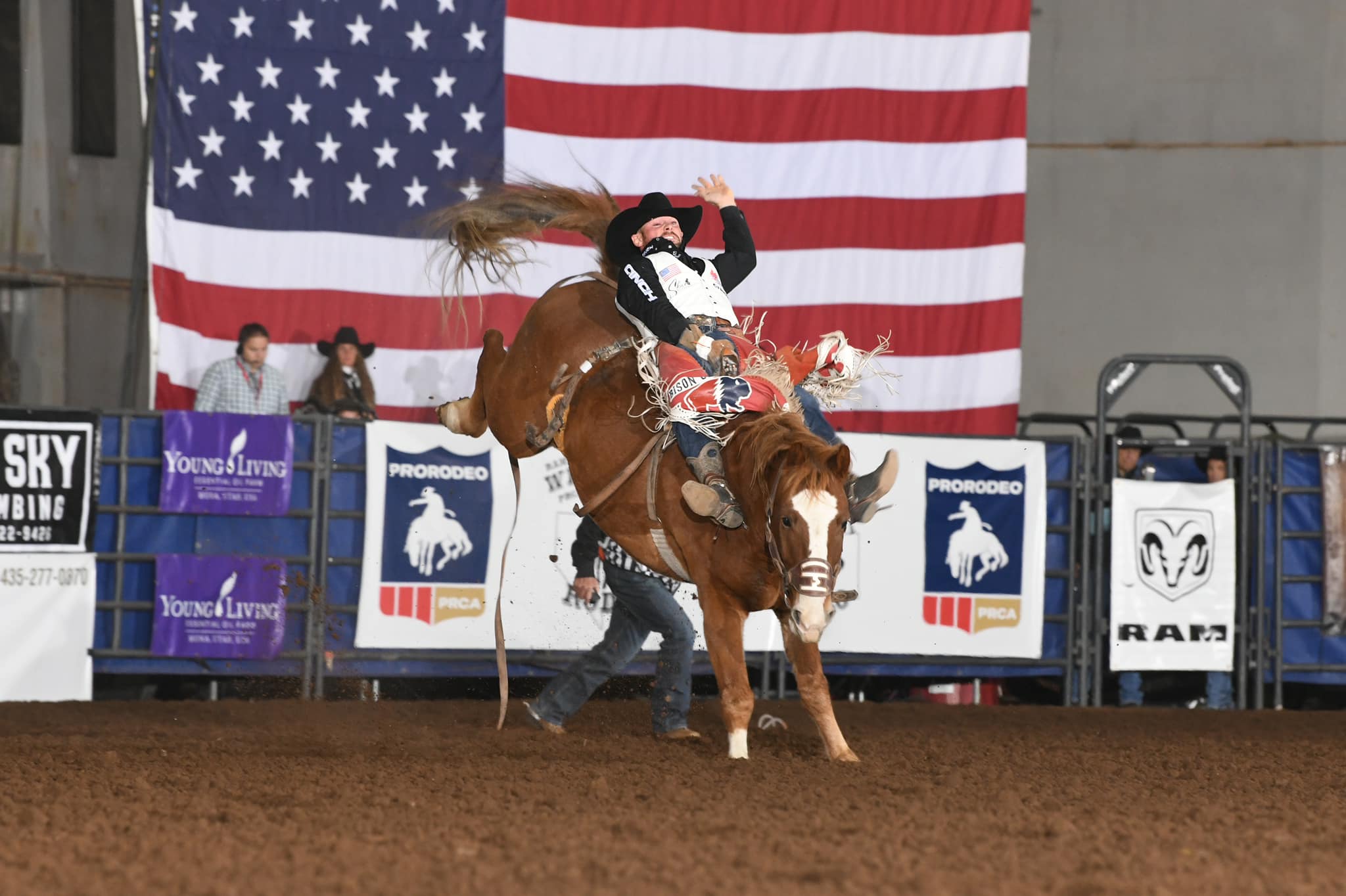 Mason Clements does not hide from the truth. Missing the 2022 NFR by two spots “cuts deep,” he admitted Saturday night. However, he has made the sport’s biggest stage three times, and the only way back is to look through the windshield. Clements provided a boost to his 2023 season with a terrific night in front of family and friends in Heber City, Utah.

“It was such an awesome crowd, and it was so great to have family and friends here supporting me. It gets my blood pumping even more. And I love it,” said Clements, who pocketed $5,283 in prize money. “I couldn’t be more proud to perform like that.”

It resonated even more with the veterans from Operation Pay It Forward in attendance. Clements dedicates his matinee rounds to the veterans.

“They are the reason – those men and women who have served our country – that I am able to have this opportunity and do what I do for a living,” Clements said.

Clements, who had family travel from Salt Lake City and Las Vegas to watch him, rocketed to the lead with an 85-point ride on Powder River Rodeo’s Knot on the Bar. He was rested and ready for the moment.

“I haven’t been on any horses since the first of October. I have stayed really healthy and really mobile, and I picked up where I left off after finishing the season off really good,” Clements said. “And a big shoutout to the horse. I got a lot of help, and I was able to do my job.”

Needing a strong finish even after a second round 85, Clements locked in. He scored an 84.5 in his final ride, good enough for the victory. It took some finessing, but cowboys need not apologize for grinding out a big score.

“The horse didn’t want to play after three or four jumps. I had to keep my head on my shoulders and finish out the ride,” Clements said. “It all worked out.”

For Clements, the win comes with an extra reward. It qualifies him for the NFR Open powered by RAM this summer in Colorado Springs, Colo. It’s all about staying consistent and getting back to Las Vegas.

“I am definitely looking ahead. Yeah, it’s hard when you get close and don’t make it,” Clements said. “But that’s in the past. I am moving forward.”